Updates from CoreData and Directory of Housing Programs 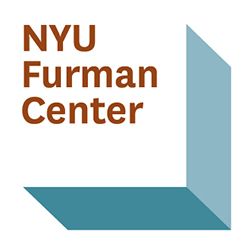 The NYU Furman Center released data updates related to CoreData.nyc and the Directory of New York City Housing Programs. A few weeks ago, all neighborhood indicators on CoreData were updated during an annual refresh. We also added new data categories and visualizations on elementary school diversity.

The new additions to CoreData focus on school diversity indicators collected while putting together this year’s State of New York City's Housing and Neighborhoods Focus Chapter. In “CoreData Visualizations” users can see school district breakdowns showing the share of diverse vs. predominantly one-race schools. Users can also access the School District Profiles, which breakdown how students are distributed across public elementary schools with various categories of racial/ethnic composition, how school characteristics vary across these categories, and how stable racially/ethnically diverse schools are over time for the city’s 32 school districts.

In addition to updates focused on school diversity, we have added new visualizations in the Neighborhood Data Profile pages that put neighborhood statistics in context of neighborhood, borough-wide, and citywide rankings. The new images make it much easier for users to compare across neighborhoods on indicators like Poverty Rate, Real Median Gross Rent and Student Performance. The Directory of NYC Housing Programs was created seven years ago to catalog the over 200 housing programs administered at the Local, State and Federal levels that play a role in creating and preserving affordable housing. The recent updates included the addition of new programs that have come online over the years such as the RAD (Rental Assistance Demonstration) and the CityFHEPS program. A new user guide, which can be accessed at the top of every page, helps users navigate and understand the database. The new user interface makes navigation easier for users to find the information by classifying programs into one of six basic categories, and incorporating modern features like auto-complete search.

For more details on these updates, check out our recent Webinar, helf on June 18, 2019 >> Watch the CoreData Webinar

Luis Hernandez is a Master of Urban Planning candidate at NYU. Before joining the NYU Furman Center, Luis worked on the policy and communications team at Airbnb for three years overseeing the East Coast and Canada team operations. He has also worked on several political campaigns, including the 2013 mayoral campaign of Mayor Bill de Blasio, as the targeting director, and held several positions on the 2008 Barack Obama campaign for President. Luis has also worked in Cleveland, OH as a community organizer where he helped create a neighborhood recreation league and worked on other economic development initiatives. He has a B.A. in Psychology from the University of Dayton.