Rent Payments in a Pandemic: Analysis of Affordable Housing in New York City 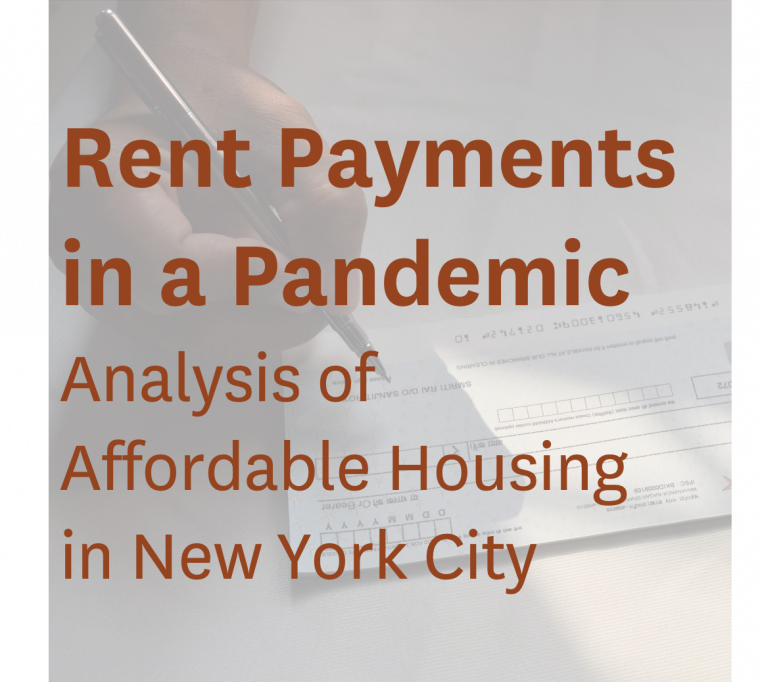 One of the most pressing housing policy questions in the wake of COVID-19 is how rent payment rates changed during the pandemic. Rent debt is a leading indicator of housing instability, which many fear could surge once eviction moratoria expire. Further, rent payment rates have a profound effect on the owners, lenders, and housing quality. Rental income funds capital repairs, improvements, and debt service costs, meaning a sustained and substantial dip in rental income could have systemic effects on the entire ecosystem connected to housing. In a new report, we analyzed rental payments from over 18,500 primarily below-market rate units from New York City to understand how renters’ payment rates and rental arrears evolved during the COVID-19 pandemic. The brief finds decreasing payment rates and an increasing share of households with rental debt after March 2020. Households in the sample with rental arrears saw an average increase of 43 percent in the rent they owed. Disturbingly, the data also shows that New Yorkers struggling with rent payments before the pandemic started saw the largest increases in rental debt.

The research, done in partnership with the New York State Association for Affordable Housing (NYSAFAH) and the Housing Crisis Research Collaborative, offers valuable insights into actual rent payments and the accumulation of rental arrears at the household level before and after the pandemic began in March of 2020.

The sample used by the authors–with data ranging from January 2019 to September 2020–provides a view into a subset of New York City housing that includes below-market-rate rental units often made affordable through various programs, such as Low Income Housing Tax Credits (LIHTC) or Section 8.

While the findings are not representative of all New York City rental housing, this sample provided critical insights around rent payments and rental arrears during the pandemic. Notably, it showed that rental payment rates decreased, which increased the amount of rent debt for households in the sample. By September 2020, rental arrears for households that owed $10,000 represented 50 percent of the total rent owed. However, households with subsidies that adjusted according to changes in income had higher and less variable payment rates during the crisis.

Further research will expand the sample beyond September 2020. In addition, it will seek to understand additional aspects affecting rent payment and arrears, including exploring building and program characteristics, changes in landlord behavior, and vacancies.