Bolstering the Housing Safety Net: The Promise of Automatic Stabilizers 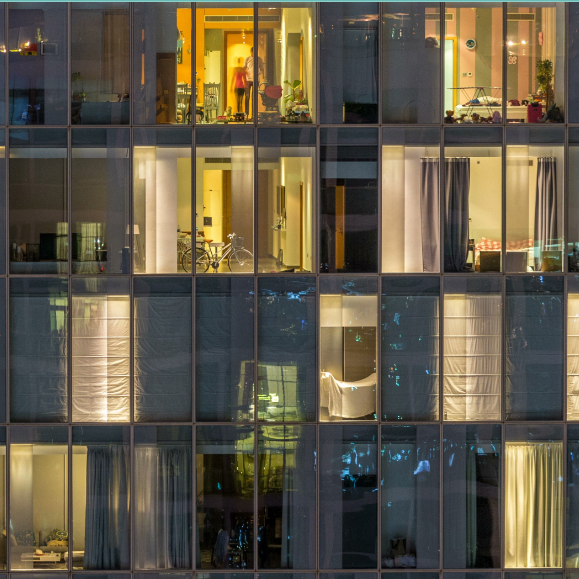 During the Great Recession, federal outlays on food support and unemployment insurance rose sharply. In 2010, outlays for UI were over four times as large as they were in 2007, while outlays on food were nearly twice as large. By contrast, housing assistance was almost completely flat. Housing programs also fall short in helping households manage more idiosyncratic shocks to income and expenses.  Few households have the resources needed to cover such shocks, which unfortunately are common, especially for households of color. Black and Hispanic renters also have fewer savings to weather unexpected financial setbacks.

The logic of automatic stabilizers that kick in during economic downturns has been vividly demonstrated over the last 20 years, as have the gaping holes in our national safety net. Indeed, COVID-19 laid bare that apart from the FHA insurance, large parts of the housing market operate without any type of protection for renters, for homeowners, or for the affordable housing industry more broadly. These gaps leave one of the most important sectors of the national economy vulnerable to prolonged economic contraction, while millions of households face the trauma that accompanies housing instability. In a new paper published by the Brookings Institution’s Hamilton Project, Robert Collinson, Ingrid Gould Ellen, and Benjamin J. Keys propose three stabilizers that build on the lessons of the Great Recession and COVID-19 pandemic to backstop housing before the next crisis hits.

In the United States, housing costs have become a significant share of a household’s expenses with the share of cost-burdened households in the United States rising from just 25 percent of renters and 2 percent of homeowners in 1960 to almost half of all renters and a quarter of homeowners in 2016. These households face the immediate threat of eviction or foreclosure in the event of unexpected income loss or expenses. Two recent studies from Collison et. al (2021) show how housing instability experienced through actions such as evictions contribute to lower earnings, reduced access to credit, increased hospital visits, and increased homeless shelter use in the years following an eviction case.

Social insurance programs play a critical role in buffering the effects of economic downturns but have many gaps and often fail to cover everyone. When people lose income or face unexpected expenses, they typically “belt-tighten” or cut back on consumption. But due to the high transaction costs and longer lease and mortgage terms associated with housing, most households cannot scale back their housing expenses in times of economic turmoil.  Furthermore, economic contractions hamper affordable housing construction and renovations,  constraining additional supply just as demand is rising.

To address these issues, the paper proposes three policy reforms that would help stabilize the housing market during downturns, permitting renters and homeowners to stay in their homes, and allowing the construction and renovation of affordable housing to continue during periods of economic distress.

The three policies suggested are:

The authors suggest tying the activation threshold for these policies to the increases of local unemployment in a metropolitan statistical area (MSA) or other state-level unemployment indices. This permits the stabilizers to kick in at different times in different locations across the country as housing conditions vary greatly across regions. The level of unemployment for the activation of these programs would follow “Sahm’s threshold”, which compares the 3-month average unemployment rate to the lowest rate over the previous 12 months. If the 3-month average exceeds the 12-month minimum by more than .5 percentage points, the stabilizers would take effect.

The paper proposes the creation of emergency accounts for all renter households at or below 80 percent of Area Median Income (AMI), managed by the US Treasury, and funded with a balance of four or five times the local Fair Market Rent at the time of account opening. Households could access these emergency rental assistance funds for any reason, and would provide landlord information to the IRS who would then distribute payment directly to landlords. Account balances would be available for down payment assistance at any time.

One concern associated with the structure of these accounts is that a prolonged economic downturn could lead to households exhausting all the funds in their account. To address this,  account balances could be replenished each time the local Sahm unemployment threshold is triggered. However, this could lead to households strategically withdrawing funds in anticipation of a local economic downturn knowing these funds will be replenished. One way to combat this moral hazard would be to introduce savings incentives.

The Automatic Homeownership Stabilization Program (AHSP) proposed for low- and moderate-income homeowners would keep homeowners in their homes, reduce housing instability, and prevent negative spillovers from episodes of mass foreclosure. To be eligible, households would have to be below 100 percent of AMI prior to the economic downturn, or when the loan was made. The program seeks to address the shortcomings of the Home Adjustable Mortgage Program (HAMP) program during the Great Recession, and to build on the success of COVID-related homeowner relief. The proposal would expand forbearance to all borrowers, as opposed to previous efforts which limited relief to borrowers with government backed loans. Once the Sahm threshold was triggered, homeowners would receive an automatic three-month forbearance period. A key feature would make the forbearance automatic, giving borrowers the ability to opt-out. This removes the need for active behavior of homeowner. The proposal also recommends a public-private liquidity facility to support mortgage servicers, who still have to make payments during forbearance periods.

The Automatic Tax Credit Exchange Program would help to sustain construction and preservation of affordable housing during downturns. Specifically, the authors propose making the Low-Income Housing Tax Credit (LIHTC) Exchange Program automatic and permanent. LIHTC is a program that subsidizes the construction and rehabilitation of affordable rental housing for low and moderate income tenants. The federal government issues tax credits to states, which in turn state housing agencies award to private developers of affordable rental housing projects. These credits are typically sold to private investors to fund the construction or repairs, while private investors can claim the LIHTC over a 10-year span. The value of LIHTCs for investors are tied to expected future tax liability and they typically decline during economic contractions. This in turn threatens the viability of affordable housing projects depending on LIHTC financing. By making LIHTC automatic and permanent, states and other allocating agencies would be able to exchange up to half of their allocated 9 percent tax credits at a discounted, fiscally neutral price.

These proposals would significantly reduce the systemic risks that housing poses to renters and homeowners in times of crisis, and the headwinds a damaged housing market can generate to economic recovery. Stabilizers cannot address the factors driving the broader housing affordability crunch caused by stagnating incomes, restrictive land use policies, constrained supply, and high construction costs. Still, the benefits of policies that provide a backstop during emergencies can be beneficial for generations after their antecedents are gone. Improving and institutionalizing the best elements of our crisis response can make our housing and our country more resilient in the face of the next downturn.

Read the full proposal at the Hamilton Project.