Mapping Affordable Housing Supported by the 421-a Tax Exemption Program 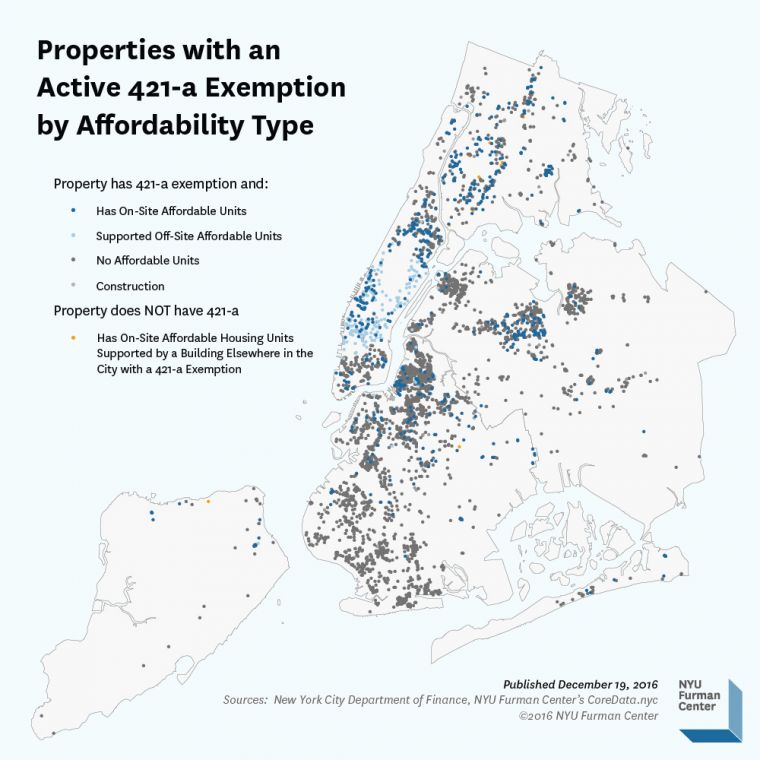 Of the residential properties in New York City that currently benefit from a 421-a tax exemption, we find that 14.8% have at least some on-site affordable units and another 4.4% supported off-site affordable housing. These properties house 50.9% of units currently in the 421-a program. Buildings receiving a 421-a exemption but not subject to an affordable housing requirement comprise 78.5% of 421a buildings but account for only 46.8% total units in the program. 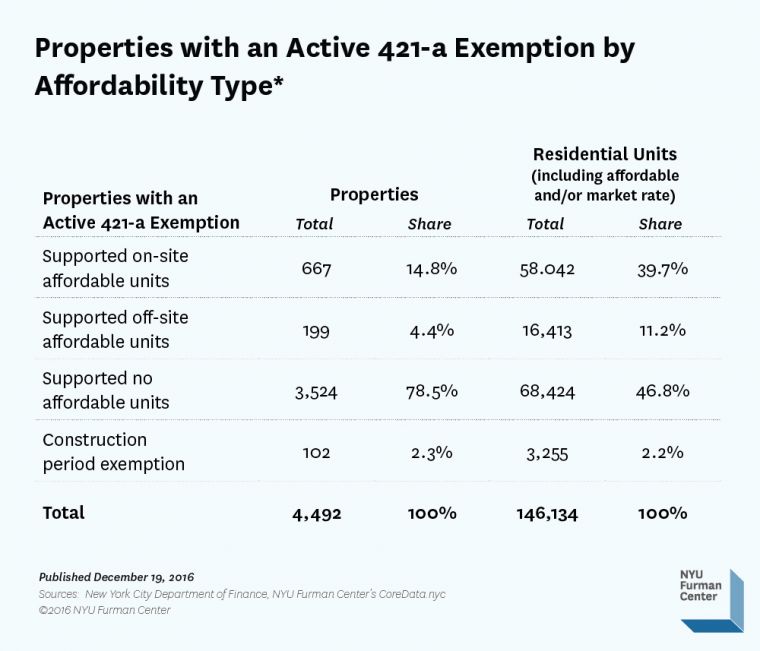 We classify properties into mutually exclusive categories based on the following assumptions:

*In certain parts of the city outside of the pre-2008 Geographic Exclusion Area (GEA), some properties were able to obtain a 25-year exemption without a requirement to support the creation of affordable housing if construction began by December 27,  2007.
**The change of the GEA became effective for construction beginning July 1, 2008 or later. We assume that a property may have been grandfathered into the old program if it had a construction period of 2009 through 2011 and began receiving the 10- or 15-year exemption in 2012. Therefore, to capture properties that have supported the creation of affordable housing off-site, we look at properties with a 10-year or 15-year exemption start year of 2013 and later.