How Can Historic Preservation Be More Inclusive? 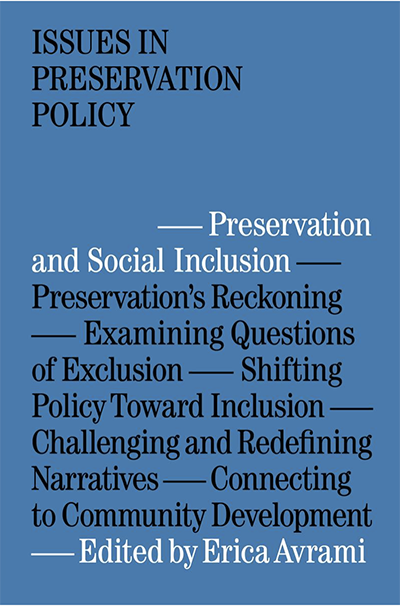 From UNESCO World Heritage Sites to the National Register of Historic Places and local historic districts, understanding and honoring our history is a way to add meaning to the present. In New York City, more than one hundred neighborhoods have been designated historic districts, adding to the historical and architectural depth of our city.

The neighborhoods designated as historic districts by the City’s Landmarks Preservation Committee, however, tend to be whiter and more affluent than other parts of New York. In Manhattan, most historic districts are located on the Upper East Side, Upper West Side, and Lower Manhattan below 14th Street. In Brooklyn, most historic districts are concentrated in Downtown Brooklyn and the areas surrounding Prospect Park. These districts are 80 percent white and over 90 percent college-educated, compared to non-historic districts, which are 43 percent white and 33 percent college-educated. Critics of the process assert that historic preservation prioritizes certain narratives over others, deeming only certain strands of history as worth preserving. There is also a concern that well-educated white residents may be able to navigate the historic designation process successfully, reaping the financial or social benefits of living in a historically designated area.

In “How Can Historic Preservation Be More Inclusive? Learning From New York City’s Historic Districts,” a chapter from Columbia University’s Preservation and Social Inclusion, NYU Furman Center Faculty Director Ingrid Gould Ellen, along with Brian J. McCabe and Gerard Torrats-Espinosa, explores the impact historic designation has on a neighborhood’s home prices and desirability, which, in turn, may impact the composition of residents. Historic designation may also make it more difficult to build affordable housing, or additional housing units in general. Ellen, McCabe, and Torrats-Espinosa ask these questions to understand what it would mean for historic designation to support diverse communities rather than reinforcing socioeconomic and racial segregation.

Looking ahead, planners and preservationists concerned with equity, diversity, and inclusion should capture the diverse histories of diverse communities in New York City. Reshaping the process by which neighborhoods achieve historic designation may help; understanding why some neighborhoods remain on the docket of the Landmarks Preservation Commission for years while others receive prompt formal designation is an important question to ask.