Gentrification and the Health of Legacy Residents 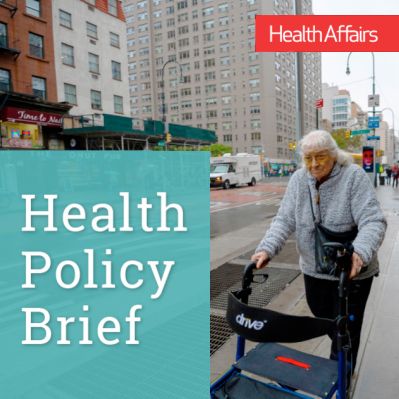 Although the specific definition of “gentrification” can be elusive, most scholars agree that it describes the process of low-wealth neighborhoods becoming higher-wealth. Even so, there is little consensus about how to measure it. Researchers use some combination of income, education levels, racial demographics, rents, and house prices to identify gentrification. Given the well-researched connection between neighborhoods and health outcomes, it seems reasonable to assume that gentrification affects residents’ health. This is the topic of Gentrification and the Health of Legacy Residents, written by NYU Furman Center Faculty Director Ingrid Gould Ellen and Graduate Researcher Alexis Captanian, published in Health Affairs. In the article, Ellen and Captanian review existing literature on gentrification to explore how it might influence individual health outcomes both for low-income households who move and for those who stay in place even as the neighborhoods around them change.

Ellen and Captanian begin by showing that gentrification has become more common in American cities over the last several decades. The share of low-income census tracts that saw large increases in median rent rose from 10 percent in the 1990s to 24 percent in the 2000s. While scholars debate the specific reasons for this increase in gentrification, some likely causes include declining crime rates, improvements in urban amenities, the increased social value of diversity, and the newly city-centric nature of high-skilled jobs.

The effects of gentrification on health are debatable. Gentrified neighborhoods may lead to reduced crime, physical neighborhood improvements, and additional economic opportunity, all of which may improve health outcomes for residents. On the other hand, Ellen and Captanian point out that gentrification may also disrupt social networks, elevate levels of anxiety, increase “order-maintenance” policing, and increase the cost of living in a way that forces households to move, downsize, or spend less on nutritious food and medicine.

While research on gentrification and health is limited, Ellen and Captanian draw on evidence that gentrification leads to far less displacement than many assume. If long-standing residents do not move elsewhere, they may experience health benefits related to the increased resources and investments associated with neighborhood change. These benefits may resemble those found in the U.S. Department of Housing and Urban Development’s Moving to Opportunity program, where families were given vouchers to move to low-poverty areas and, as a result, experienced a decreased prevalence of diabetes, obesity, and psychological distress compared with those who remained in high-poverty neighborhoods.

The key question, Ellen and Captanian observe, then becomes how gentrification influences a neighborhood’s resources and investment beyond upscale restaurants and twee storefronts. Long-standing residents of gentrifying neighborhoods report that they appreciate certain aspects of their neighborhoods’ metamorphoses but ultimately feel that many of the changes they see are not for them. While some research indicates that children in gentrifying neighborhoods are more likely to receive higher education and less likely to experience anxiety or depression, other research finds no reliable connection between gentrification and either positive or negative health outcomes.

Ultimately, Ellen and Captanian explain, more research is required to understand the relationship between gentrification and health. In particular, researchers should seek to understand whether the pace, magnitude, or type -- economic or racial -- of gentrification influences health outcomes, and how outcomes differ based on residents’ age, race, and other factors. Controlling for unobserved variables among communities may be difficult, but such research is essential if policy makers are to understand how the process of gentrification helps or harms long-time residents.

Read Gentrification and the Health of Legacy Residents in Health Affairs.