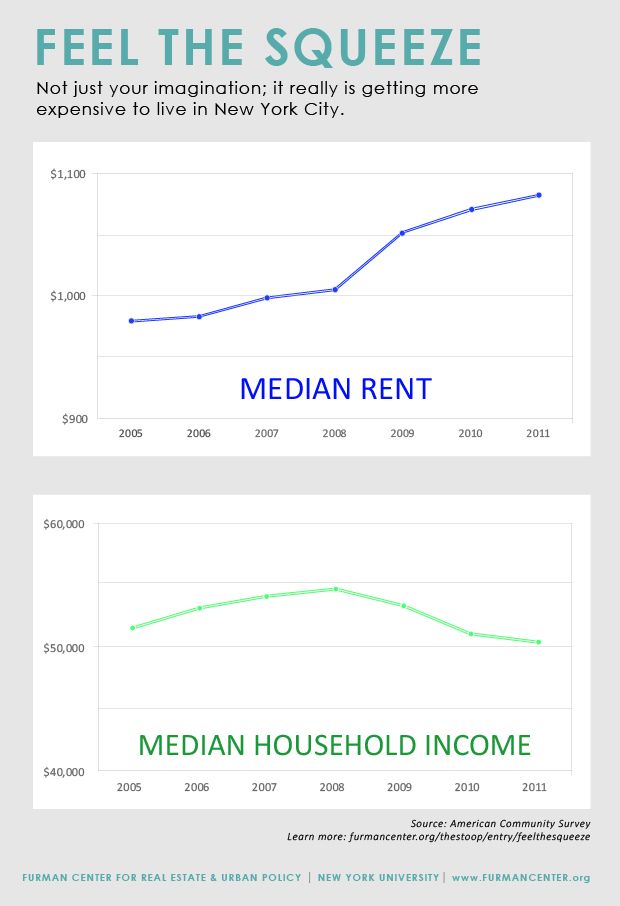 According to “The State of the Nation’s Housing 2013”, a report released today by the Joint Center for Housing Studies at Harvard University, an increasing number of U.S. renters are paying large shares of their income for housing. This trend also rings true for renters in New York City.

Over the last six years, the median rent paid by New Yorkers has increased by over $100, in 2012 dollars, an increase of over 10%, after controlling for inflation. Even the recession that began in 2008 did not slow down the steady increase in rent. Median income failed to keep pace, rising slightly between 2005 and 2008 before falling over the last three years. After controlling for inflation, the median income for New Yorkers in 2011 was actually 2.2% lower than it was in 2005.

Source: American Community Survey. All numbers are adjusted for inflation.