Do Lawyers Matter? Early Evidence on Eviction Patterns After the Rollout of Universal Access to Counsel in New York City 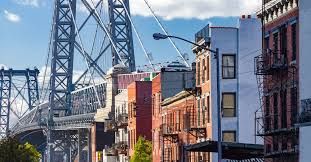 In a special issue of Housing Policy Debate on evictions, Ingrid Gould Ellen, Katherine O’Regan, Sophie House, and Ryan Brenner analyze early findings from the NYC Universal Access to Counsel program (UAC). Considering the multitude of difficulties associated with appearing in court without a lawyer, providing low-income tenants with access to free legal services is thought to decrease the likelihood of eviction and possible homelessness. This paper examines the effects of UAC in the private rental market and finds that the ZIP Codes where UAC was initially rolled out (early UAC ZIP Codes) had higher rates of represented tenants and lower rates of executed warrants of eviction than ZIP Codes selected for UAC but prior to its implementation. During the study period, answering rates—or the rate at which tenants appeared in response to court filing—increased dramatically throughout the city, likely due to citywide outreach and tenant engagement. However, the study did not find a significant difference in answering rates in UAC ZIP Codes.

Access to free legal services for low-income tenants facing eviction has expanded across many jurisdictions, with New York City as the first to enact universal access to counsel (UAC) in 2017. Several other cities across the country followed suit, including San Francisco and Philadelphia, while other jurisdictions are running pilots or considering proposals for universal representation initiatives. Examining the effectiveness of legal representation will provide insight into how successful and cost-effective these interventions are at preventing eviction and reducing homelessness.

Self-represented litigants lack the insight, familiarity, and experience of professional attorneys have difficulty meeting the evidentiary requirements, providing the full range of facts, and making all relevant defenses to support their cases. Access to counsel programs seek to relieve tenants from the disadvantages of self-representation to reduce evictions, homelessness, and the amount of spending on shelters. Past studies in Manhattan and Massachusetts that assessed the marginal benefit of legal representation suggest a reduction in the likelihood of failure to appear in court, a final judgment, and an issued warrant of eviction. These studies represent a relatively small scope and size and where pre-screening suggested tenants could benefit from legal representation. This raises questions about the effectiveness of representation on a larger scale. Furthermore, although lawyers can help tenants navigate many of the procedural challenges of eviction proceedings, legal services alone may not be sufficient to help tenants who need social services or cannot afford their rent.

As of 2013, only 1 percent of New York City tenants were represented by lawyers in housing court. Tenant representation concerns stretch at least as far back as the 1980s, though they have grown recently as incomes failed to keep up with rent increases. These cost pressures prompted community organizations (Make the Road New York and Community Action for Safe Apartments) to advocate for a program that would provide legal services to all tenants facing eviction. In 2014, the New York City Right to Counsel Coalition was formed and succeeded in introducing a bill requiring the city to expand access to counsel for all income-eligible tenants within five years. In 2016, the Expanded Legal Services (ELS) pilot program launched with the aim of providing legal representation for tenants living within 10 ZIP Codes with household incomes at or below 200% of the federal poverty line. UAC began with the ELS program and, in August 2017, it was expanded to phase-in legal services for all income-qualified tenants facing eviction. In October of 2017, five new ZIP Codes clustered around the ten ELS ZIP Codes were added, followed by another ten between November 2018 and December 2019. As of 2021, the City has expanded UAC citywide. The early implementation of UAC showed an increase in legal representation that was higher than the city-wide increase in 2016.

This paper used an event-study approach to identify whether and how UAC affected eviction rates and trends in the private rental market. It compared eviction cases in ZIP Codes pre- and post-UAC to ZIP Codes scheduled for UAC but where it had not yet been implemented. The study only observed ZIP Codes that were scheduled to receive UAC by 2022 (before the City expanded UAC citywide in 2021) in order to control for trends and the availability of tenant services.

The study primarily used data from the New York State Office of Court Administration, which provided information on all cases filed in housing courts in New York City from 2010 to 2019. Data from the 2010-2014 American Community Survey also provided insight into resident demographics and housing conditions.

Although participation in the UAC program is not mandatory, across the city in UAC and non-UAC ZIP Codes, there was increased tenant representation. Between 2014 and 2017,  legal representation increased from 1 to 10 percent citywide, and UAC ZIP Codes experienced an even larger increase. Increases in representation rates in early UAC ZIP Codes were significantly higher than ZIP Codes slated for eventual UAC. As for outcomes, the share of tenants receiving an eviction filing who responded and appeared in court, increased from 20% in 2014 to 45% in 2019 in the city, with no notable difference in early UAC ZIP Codes. Although the study could only observe execution rates for filings through 2017, executed warrants declined in the earliest UAC ZIP Codes, relative to later cohorts and citywide.