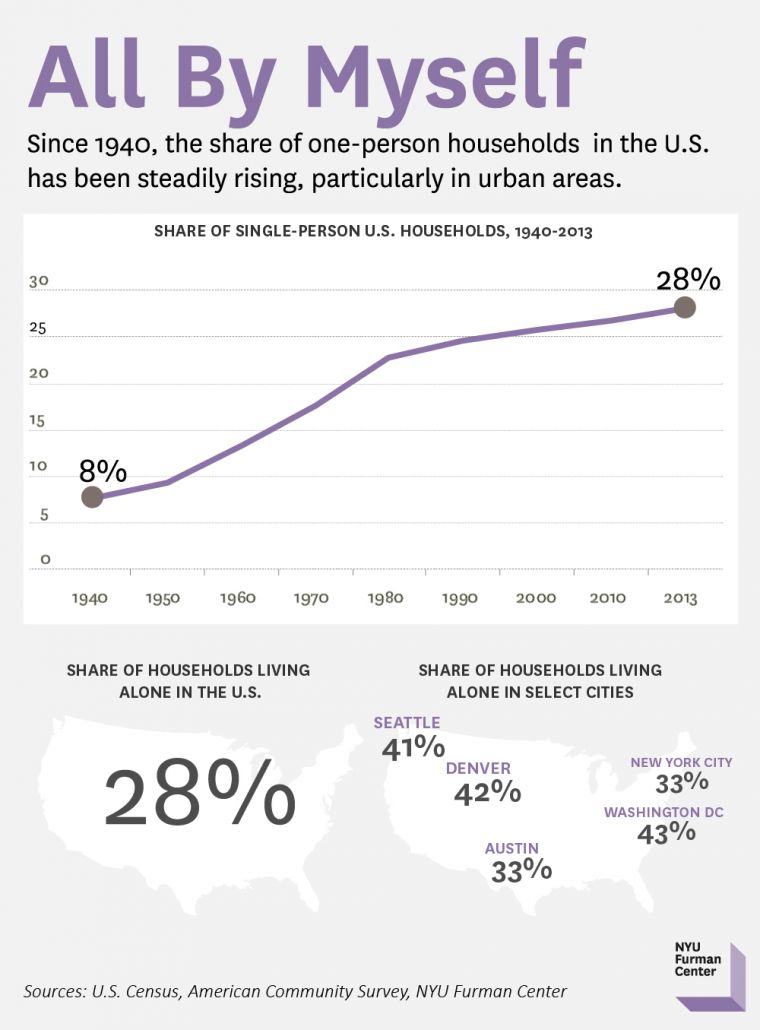 According to findings originally published in the NYU Furman Center report, “Responding to Changing Households: Regulatory Challenges for Micro-Units and Accessory Dwelling Units,” the United States saw an increase in the share of single-person households between 1940 and 2013.

The rise in people living solo has led to a growing mismatch between household composition and existing supply. The following figure indicates that the number of single persons living alone exceeds or nearly matches the number of studio and one-bedroom units in each of the cities studied in the report, despite the fact that many of those units are occupied by couples without children. 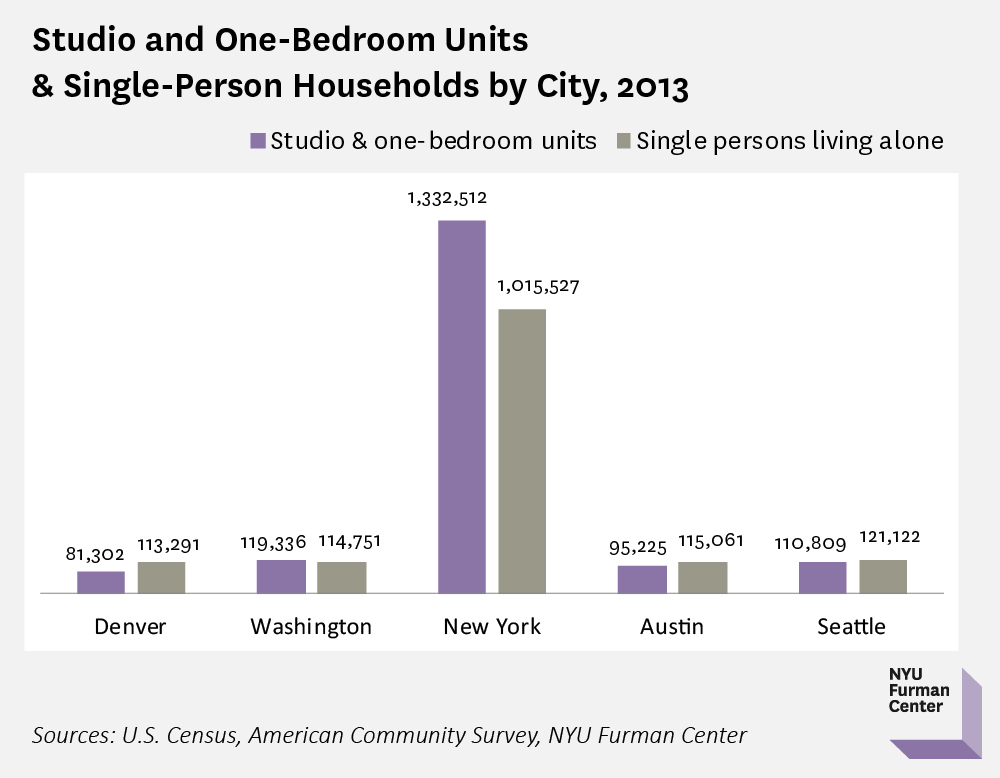