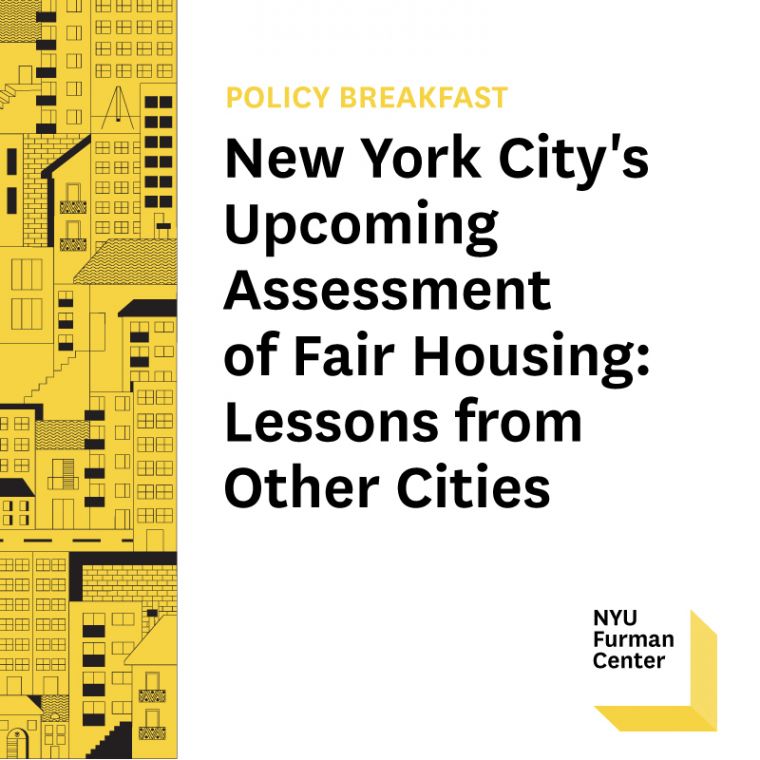 On Wednesday, November 29, 2017, the NYU Furman Center hosted an event broadcast nationally from NYU School of Law on the Assessment of Fair Housing (AFH) process that New York City and other jurisdictions must undertake over the next year. The panel featured experts reporting on lessons learned from already-completed assessments in other cities and providing key takeaways for communities that, like New York City, are about to embark on the AFH process.

In 2015, the U.S. Department of Housing and Urban Development (HUD) adopted rules regarding the obligations the Fair Housing Act of 1968 imposes upon HUD, as well as local governments and public housing authorities that receive funding from HUD, to “affirmatively further fair housing” (AFFH). HUD's AFFH rule requires the New York City Housing Authority (NYCHA) and the Department of Housing Preservation and Development (HPD) to engage in a planning process to help the City take “meaningful actions, in addition to combating discrimination, that overcome patterns of segregation and foster inclusive communities.”

HPD and NYCHA must complete the required AFH process in 2019, and are expected to begin the process soon. The AFH process requires extensive community engagement, and will involve a major investment of time by City agencies, the public, and the affordable housing community. Because the process mandates analysis of disparities in access to opportunity that may be related to residential segregation or to housing policies and programs, it also will require conversations with experts and stakeholders in education, transportation, economic development, and health.

AFFH resources related to this discussion