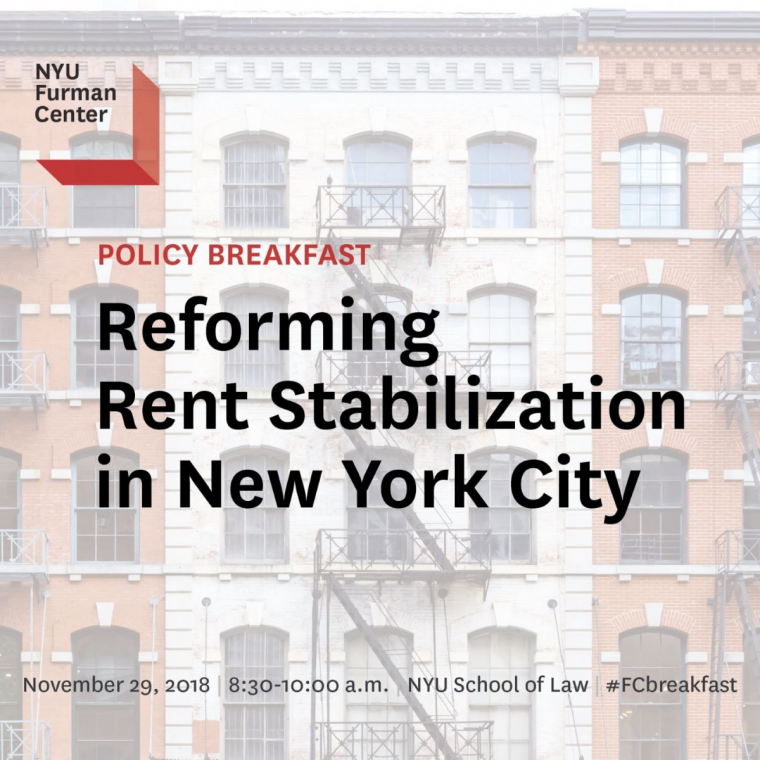 Close to 1 million apartments in New York City are subject to the state’s rent stabilization laws, which regulate how rents can rise. In June, 2019, those laws are set to expire. On November 29th, 2018 the NYU Furman Center hosted an event to bring experts together to explore ideas for reforming the rent laws.

Following the presentation, a panel held a spirited debate over the effectiveness of the current system in protecting both landlords and tenants, and proposed their own ideas for rent reform. The discussion examined inequities within the rent stabilization laws, the difficulties in balancing tenant protection and the ability of owners to get a fair return, and the economics of rent regulation and its impact on addressing the affordable housing crisis.