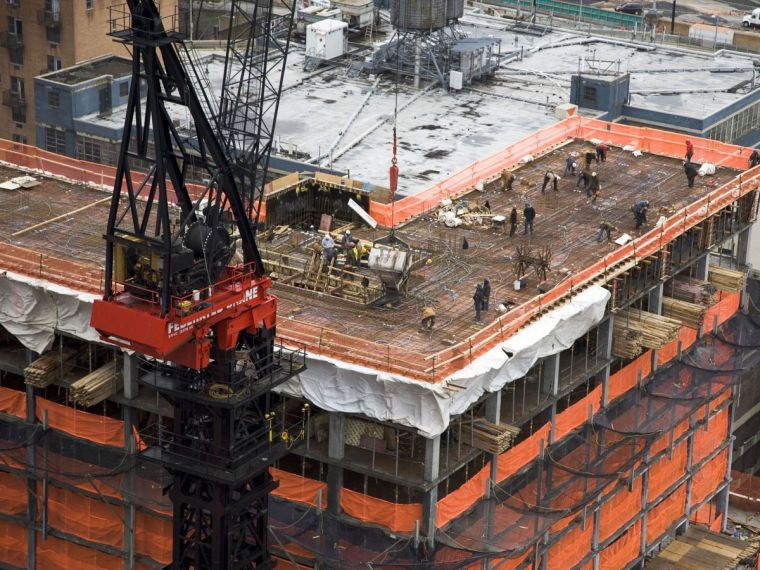 A new NYU Furman Center report examines the possible impacts of New York City’s new 421-a program on housing development in different parts of the city. It finds that the future of the program could have a significant effect on the feasibility of housing construction in certain neighborhoods in New York City. 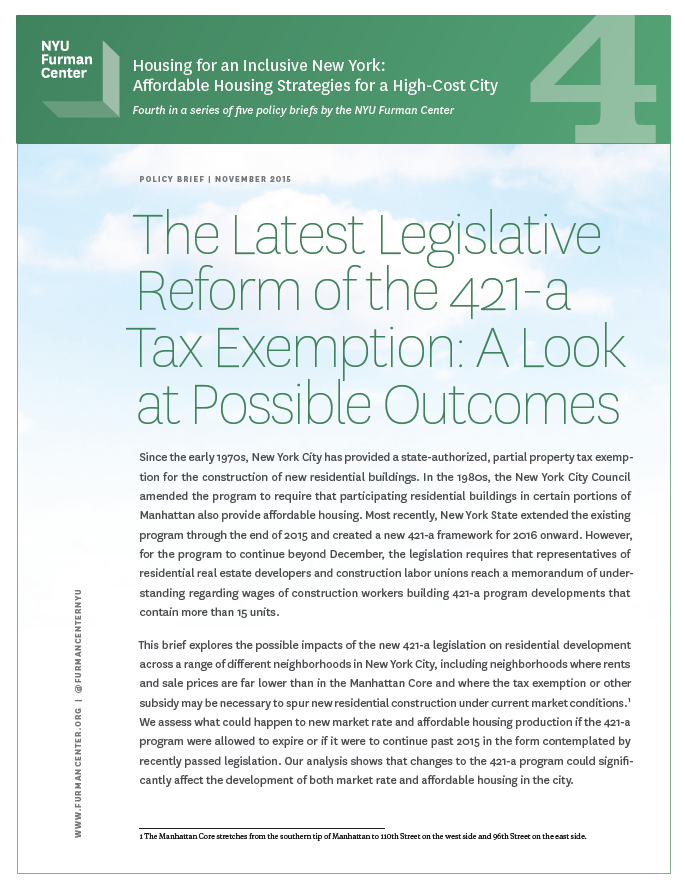 The report, The Latest Legislative Reform of the 421-a Tax Exemption: A Look at Possible Outcomes (PDF), considers the possibilities that the program will expire or continue based on an agreement  between the real estate industry and construction trades. Using financial analysis, the report examines the program’s future across different market types, including neighborhoods where rents and sale prices are far lower than in the Manhattan core.

The report finds that expiration of the 421-a program could lead to a disruption in the supply of housing by market-rate builders. While there would likely be no change in construction in areas currently dominated by condominium development, like portions of Manhattan, there are parts of the city where the production of mid- and high-rise buildings might be disrupted while land prices adjust. In these neighborhoods, once development resumes, new development may tend toward condos rather than rentals.

The report also explores what might happen if the newly revised 421-a program goes into effect in 2016 without any increase in construction costs. This analysis shows that, compared to what the existing 421-a program might have created, there are likely to be more affordable rental housing units, but some of these units could be serving higher-income households.

In portions of the Manhattan Core, condominium development without the 421-a program may continue to dominate, though the program appears to make rentals more attractive for developers who focus on the longer tax exemption period and less on near-term operating income. Elsewhere due to the lengthened property tax exemption, rental development with the 421-a program would be more attractive than it is now by some measures, even in parts of the city where no affordable set-aside is currently required.

Finally, if construction costs increase, the report notes that the development of rental housing could become more expensive. If this were to happen, the government would have to increase the level of other subsidies to cover the increased costs, thus restraining the type and amount of affordable housing that can be produced with a given amount of government resources.

The Latest Legislative Reform of the 421-a Tax Exemption: A Look at Possible Outcomes (PDF) is now available for download.