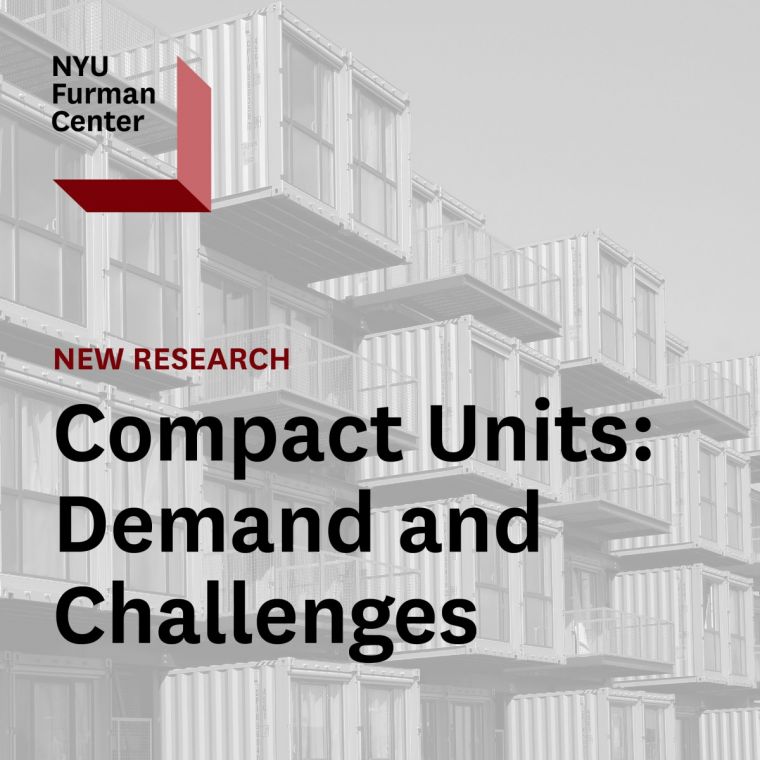 New research released today by the NYU Furman Center explores the potential that smaller housing units might have to meet evolving housing needs.

The research, which consists of a white paper (Responding to Changing Households: Regulatory Challenges for Micro-Units and Accessory Dwelling Units [PDF]) and a research brief (Compact Units: Demand and Challenges [PDF]), focuses on five U.S. urban areas (New York, Washington D.C., Austin, Denver, and Seattle), and outlines the regulatory, financial, and political barriers that impede the development of smaller, denser housing types, such as micro-units and accessory dwelling units (ADUs). 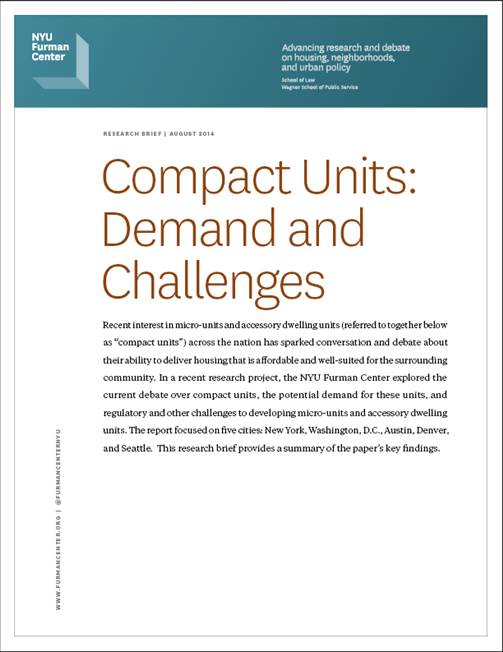 “This shift in household composition suggests that there is likely a demand for smaller, more affordable units,” said Jessica Yager, Policy Director at the NYU Furman Center.

But even with this growing demand, significant barriers exist in many jurisdictions that limit the widespread development of compact units, according to the report. In New York City and Denver, for example, density regulations limit the number of units allowed on a lot. In some cities, parking requirements—typically tied to the number of units in a building—may also drive up costs of construction and limit the viability of micro-units and ADUs.

The rules and practices of traditional lenders pose another hurdle for micro-unit and ADU development. Financing for micro-unit housing can be difficult to obtain due to a lack of comparable properties and a clearly established market demand. In addition, some communities have seen significant neighborhood opposition to micro-unit and ADU developments because of concern that they could alter the character of a neighborhood.

“Compact units have the potential to address changing household compositions, reduce energy consumption, and provide a new source of affordable housing,” said Yager. “But in order to assess these claims, we must continue to examine jurisdictions that have already permitted the development of these units, with an eye toward providing empirical evidence that can help shape future reforms and address community concerns.”