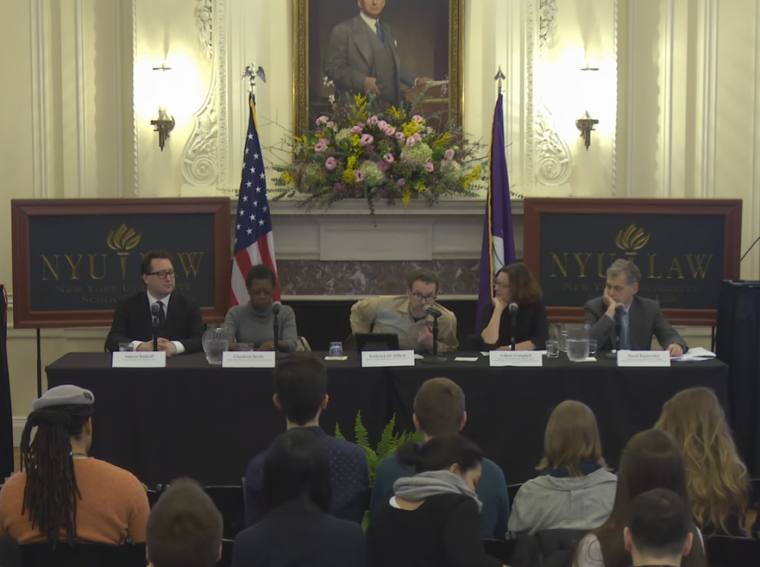 The NYU School of Law hosted the weekly Milbank Tweed Forum on February 17, 2016 in the Greenburg Lounge, titled, "The Evolution, Impact, and Future of Historic Preservation in New York City."  The forum brought together leading figures and experts on the land preservation process for historical structures within New York City.

NYU School of Law's Roderick M. Hills Jr., William T. Comfort, III Professor of Law, moderated a panel discussing the issues surrounding the ability to adaquately use the power of landmark preservation, ways in which the law encourages NIMBYism, and strategies the city could use to balance the need for historic preservation against other pressing issues. The different perspectives from the NYC Landmarks Preservation Committee, NYC Department of City Planning, NYC Historic Districts Council, and Bedford Stuyvesant Society for Historic Preservation represented the many agencies invovled in the process and brought to the forefront many of the issues that can arise during the land preservation process.

A video of the panel is available here. Learn more about the Millbank Tweed Forum and see past video clips via NYU School of Law.