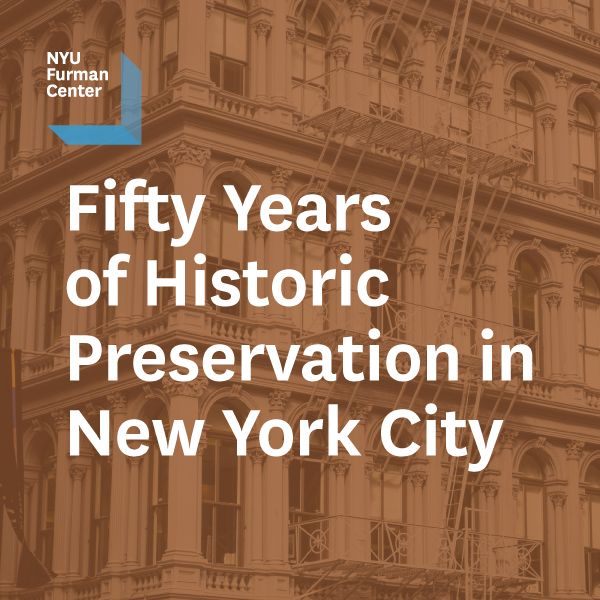 The NYU Furman Center's latest report, Fifty Years of Historic Preservation in New York City, shows the extent of preservation across the city and compares the land use, housing stock, demographic characteristics, and commercial property in historic districts with those in areas that are not regulated by the city's Landmarks Preservation Commission.

The report finds that New York City’s historic districts have similar population and built density, a higher market-rate share of rental housing, and residents who are higher-income, more highly educated, and more likely to be white. Other key findings are summarized below.

The report is based on a white paper with the same title by Ingrid Gould Ellen, Brian J. McCabe, and Eric Stern.

For more, see the press release, read the policy brief, or read the white paper.

1. By 2014, city-wide just 3.4 percent of New York City lots were located inside an area covered by LPC designation, but a high concentration of Manhattan lots, 27 percent, were in a designated area.

2. On average, historic districts were as densely populated and had the same built density than other areas in the same community district.

5. Residents of historic districts were higher-income, more highly educated and more likely to be non-Hispanic white than residents of non-LPC-regulated areas.