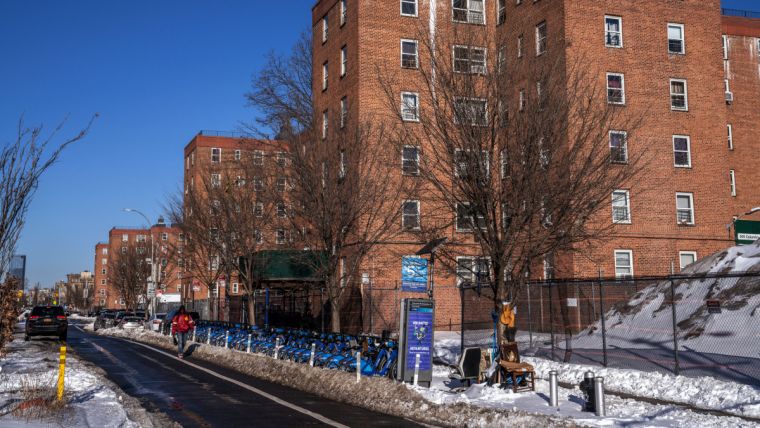 In a new NYU Furman Center data brief, Ingrid Gould Ellen, Katherine O’Regan, and Ellie Lochhead used data on eviction cases from the New York State Office of Court Administration (OCA) to compare eviction patterns in different types of place-based subsidized housing in New York City and in other jurisdictions across New York State from 2016 to 2021. Cases filed due to non-payment of rent are the focus of the brief and represent the majority of eviction filings.

Before filing an eviction case, a landlord must send the tenant a notice that their rent is due. If the tenant does not pay the rent within fourteen days, the landlord can file an eviction case with the court. However, eviction filings do not constitute eviction. A formal eviction can only happen if the court enters a judgment of possession for the landlord, the landlord requests that the eviction be executed, the court issues a warrant of eviction, and a county sheriff, constable, or city marshal removes the tenants from the premises.

While three recent studies have examined eviction rates in subsidized housing, the findings have been mixed. One study (Gromis et al., 2022) finds that although public housing authorities account for a greater share of eviction filings than their share of the total renter population nationally, the percentage of evictions filed was on par with those filed by private landlords within individual markets. Two other studies (Harrison et al., 2020; Preston & Reina, 2021) compared public housing authorities to private landlords in individual markets. In their respective markets (Atlanta and Philadelphia), they generally found that eviction filing rates were lower in subsidized properties than in unsubsidized, market-rate properties, though the Atlanta results were specifically for senior housing. Unlike the previous studies, the NYU Furman brief analyzes eviction patterns across different types of place-based subsidized housing and considers eviction filing rates as well as requests for eviction warrants.

There was also considerable variation in eviction actions across upstate cities and Long Island/Westchester as well as across individual developments within New York City. This could reflect discretion on the part of property managers in deciding how quickly to file eviction notices when tenants owe rent.

In future work, the authors aim to shed further light on sources of variation across jurisdictions which may help pinpoint existing policies and management practices that contribute to lower filing rates within the public housing stock. They will also explore institutional reforms that could help housing authorities collect back rent without resorting to housing courts.