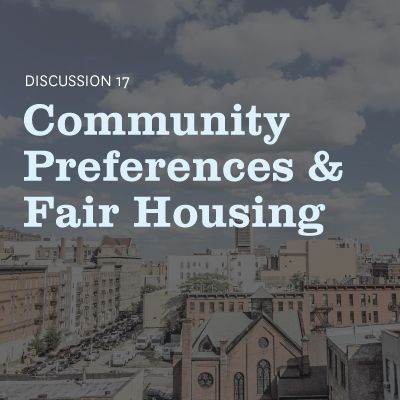 The lastest discussion on The Dream Revisited, Community Preferences and Fair Housing, debates the extent to which preferences for neighborhood residents in accessing new affordable housing promote or betray the goal of truly inclusionary communities.