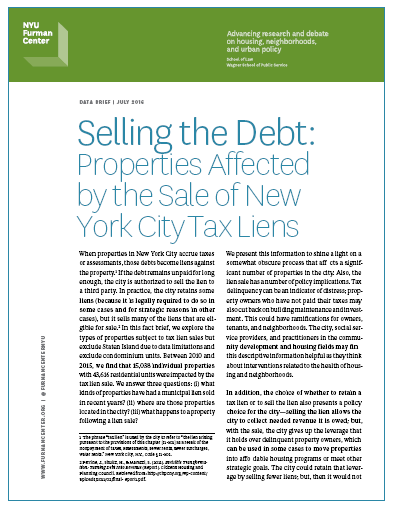 This data brief sheds light on the process of tax lien sales in New York City, which affected over 15,000 properties and roughly 43,600 residential units between 2010 and 2015. Most tax liens in New York City eligible for sale are sold and generate substantial revenue for the city; between 1997 and 2015, the city raised more than $1.3 billion from the sale of tax liens. However, the city also has the power to remove liens eligible for sale from the lien sale list. The report describes the characteristics of properties with liens sold in New York City between 2010 and 2015, including the property type, their location, and the outcome following the lien sale.