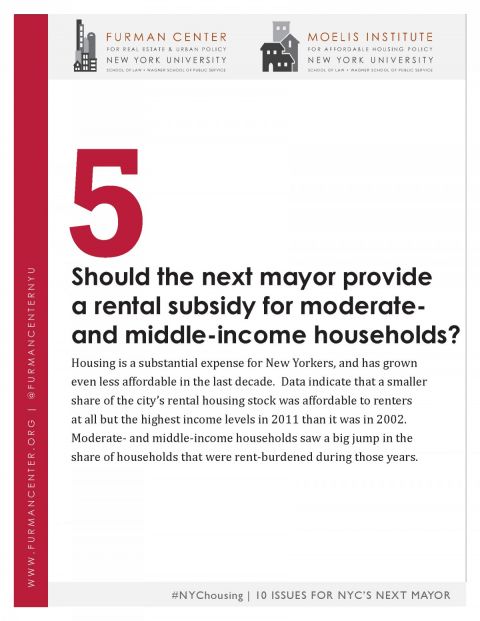 Housing is a substantial expense for New Yorkers, and has grown even less affordable in the last decade. As housing affordability becomes more of a strain for moderate- and middle-income households, many worry that those households might choose to leave the city altogether, which could undermine the city’s diversity and vitality. Moderate- and middle-income households are often not served by existing rental subsidies, though they may benefit from such a program. This brief examines the feasibility of a moderate-income housing subsidy.