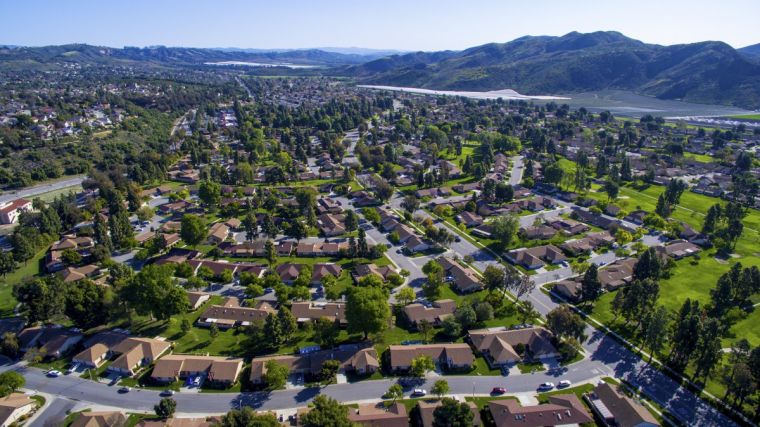 The housing market has just experienced one of the largest upcycles in history.  First, house prices increased by 57 percent1 over the nearly nine years from their post-financial crisis bottom (2011 Q2) through the last quarter before the pandemic (2020 Q1).  This was more than just a recovery from the severe downturn of the financial crisis.  Specifically, prices reached their pre-2008 peak in 2016 Q22 and then kept on rising at a strong pace3, with many analysts pointing to the shortage of new construction (both single and multi-family) as the major causal reason.  Then the pandemic led to a supercharged rate of increases: prices went up by an unprecedented 40 percent in just the 2-1/4 years through 2022 Q2 (the latest full quarter available4.  This rapid ascent was driven by multiple factors.  First, it reflected that many households - as work-from-home and children attending school remotely became commonplace - looked for “more house”, compounding the continuing impact of the construction shortage.  Second, it was very much exacerbated by strong government fiscal and monetary policy actions, especially the record low mortgage interest rates that also generated a massive refinancing boom.  The result, naturally, was an extremely high cyclical peak in profits for the owner-occupied housing industry, i.e., builders, mortgage companies, realtors, and others.

But what goes up usually does eventually come down - and very rapidly in this case. The Federal Reserve, after having kept rates so low for so long, now is quickly raising rates in the face of the highest level of inflation in four decades.  Specifically, the latest mortgage rate5 is 6.95 percent (as of 11/03/22, the latest available, having actually gotten above 7 percent the prior week), when it had been under 3 percent as recently as last November, just one year earlier.  We have never seen such a rapid increase in US mortgage rates.6

Of course, old hands in the housing industry knew a downcycle would inevitably show up, although probably not in such dramatic fashion.  But newer players, judging by reports in the media, perhaps didn’t understand that housing has long been the most cyclical - and interest rate sensitive - major sector of the economy.7

Core to the housing industry is, of course, Freddie Mac and Fannie Mae, the two government sponsored enterprises (GSEs), which today finance just over half of the $12T-plus of first-lien home mortgages outstanding.   During the last major downcycle, i.e., when the mortgage bubble burst 15 years ago, the two companies lost the confidence of the markets as they began to suffer massive losses.  This resulted in the government taking them over in September 2008 and injecting $187B of taxpayer money to keep them solvent.

So, given this history, it is reasonable to ask:  Did the two GSEs forget the lessons of the past? Are they about to suffer those massive losses again?

I think the answer to both questions is a clear “no”.  While it is quite common to criticize much of what goes on in Washington, in this case the post-financial crisis reforms of the mortgage and banking system have, in my view, proven to be broadly effective.  Banks are much better capitalized, as are the independent mortgage banks that today originate and service most mortgage loans; the “qualified mortgage” (QM) designation has pushed risky mortgage structures into smaller corners of the marketplace; requirements like the ability-to-pay rule have eliminated certain bad practices, and so on.

These reforms also include major changes to how the GSEs do their business.  Today, the GSEs operate far more prudently in support of their mission, more consistent with what regulators call “safety and soundness”.  For example:

This dramatically different risk posture for the GSEs has shown up in the official annual stress tests mandated by the government, which are based upon a Federal Reserve-defined “severe adverse” economic scenario.  Between the fundamental reforms listed above and the run-up in house prices, the losses that the two GSEs would incur in the latest severe adverse scenario - which included a 28-1/2 percent decline in house prices along with an increase in the unemployment rate to 10 percent - was a small $4.5B.  Since the two companies had $90B of net worth12 as of 2022 Q2, that strongly suggests that the need for a government rescue this time around is extremely remote.

Digging down more, between the reforms listed above and how much house prices have run up in recent years, the detailed credit statistics released by the GSEs in their annual financial statements also show how unlikely a 2008-era level of losses are.   Focusing just on Freddie Mac13 with respect to single-family mortgages:

Thus, these figures also suggest that the potential for large losses is very remote.18  Even if house prices decline by 10 to 15 percent19, which only retraces a portion of how much they rose during the pandemic, the GSEs simply have only a very small percentage of their loan book that would be underwater.  That means that borrowers who can’t pay or qualify for modifications will almost always have enough house value to cover the outstanding balance of the mortgage.  In addition, CRT will cover some of these losses, although the standard financial disclosures aren’t particularly useful in estimating how much.20

That doesn’t mean, of course, that the GSEs won’t potentially incur significant losses, especially if there are large increases in the unemployment rate along with house prices declining at the higher end of expectations.  After all, the GSEs are in the risk-taking business.  But losses large enough to cause a repeat of 2008, when the two GSEs lost market confidence, seems to be well beyond any reasonable range of expectation.

[1] All house price calculations are from the FHFA’s house price index, quarterly, based on only purchase mortgages, and seasonally adjusted.  See https://www.fhfa.gov/DataTools/Downloads/Pages/House-Price-Index-Datasets.aspx#qpo.

[3] This is based upon nominal prices, i.e., it is not adjusted for inflation.

[3] From when prices reached their pre-2008 peak level (2016 Q2) through the last quarter before the pandemic hit (2020 Q1), prices increased by 24.3 percent.  This is a compounded annual growth rate (CAGR) of 5.98 percent.  By comparison, median household income was rising from 2016 through 2020 by only 2.6 percent per year, less than half the rate of house price inflation.

[5] This is an extraordinary CAGR of over 16 percent.

[6] As a result, house prices peaked over the summer and have started to descend in the last two months for which data is available.

[7] The result has been an extremely dramatic turnaround in the profitability of the industry, with cyclically-high profits turning quickly into losses for many in just the last few months.

[8] “Credit box” is the industry name for the range of credit characteristics that are acceptable to be purchased by the two companies.

[9] Such PLS bond investments fell into an accounting category where the capital of the GSEs had to reflect the market value declines of the bonds, which were quite severe, rather than the smaller but still significant actual losses that appeared over future years.

[10] Institutional investors who are considering purchasing their CRT bonds obviously need such data.  Prior to 2013, when the first CRT transactions were done, this information was kept confidential.

[11] This excludes a 0.10 percent tax that is added to the guarantee fee and remitted to Treasury.

[12]This is not a level considered “adequately capitalized” by the regulators.  It just reflects their net worth increasing steadily since the government allowed the two GSEs to retain their earnings beginning in mid-2019.  As it is, however, twenty times the size of the stress test loss, it certainly seems to represent a significant level of capital versus the risks being taken by the GSEs.

[14] There could be a very small number of such mortgages so that it rounds down to zero in the published financial statements.

[15] This is based upon an estimated value for each home supporting every mortgage based upon automated valuation methods.

[16] Again, the number of loans in the under-680 category is not necessarily exactly zero, but is so small as to round down to it for reporting purposes.

[18] Additionally, most of any losses incurred on over-80% LTV loans are covered by mortgage insurance.  So, the risk exposure to the GSEs is even lower than indicated by the referenced credit statistics.

[19] It is of course impossible to predict what will happen to house prices.  I have found, in a variety of recent articles, the 10 to 15 percent range for housing price declines (i.e., only ¼ to about 1/3 of the 40 percent pandemic run-up) the most common predicted possible result right now.  Given very low unemployment and record high levels of homeowners’ equity, along with a shortage of housing units (versus the surplus when the mortgage bubble began to burst in 2007), this seems reasonable to me as an estimate.  I note that the stress test uses a much larger 28.5 percent decline.

[20] The financial disclosures do indicate that Freddie Mac recognizes $171M of receivables from CRT and also traditional mortgage insurance.  But as this reflects house prices as of the end of 2022 Q2; their reduction since then and whatever might happen in the future are not reflected yet in the calculation of those receivables, which will rise as house prices decline. 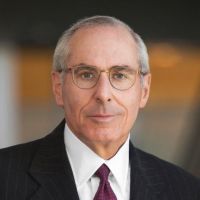 Donald H. Layton is a Senior Visiting Fellow from Practice. Prior to joining the NYU Furman Center, he served as a Senior Industry Fellow at Harvard’s Joint Center for Housing Studies, where he wrote extensively about the Government Sponsored Enterprises (GSE) of Freddie Mac and Fannie Mae and more broadly on housing finance. Before his stint in academia, Layton was the CEO of Freddie Mac from May 2012 until June 2019, where he championed the development of Credit Risk Transfers, one of the most significant reforms to the housing finance system in decades.