Where Have All the Foreclosed Properties Gone? 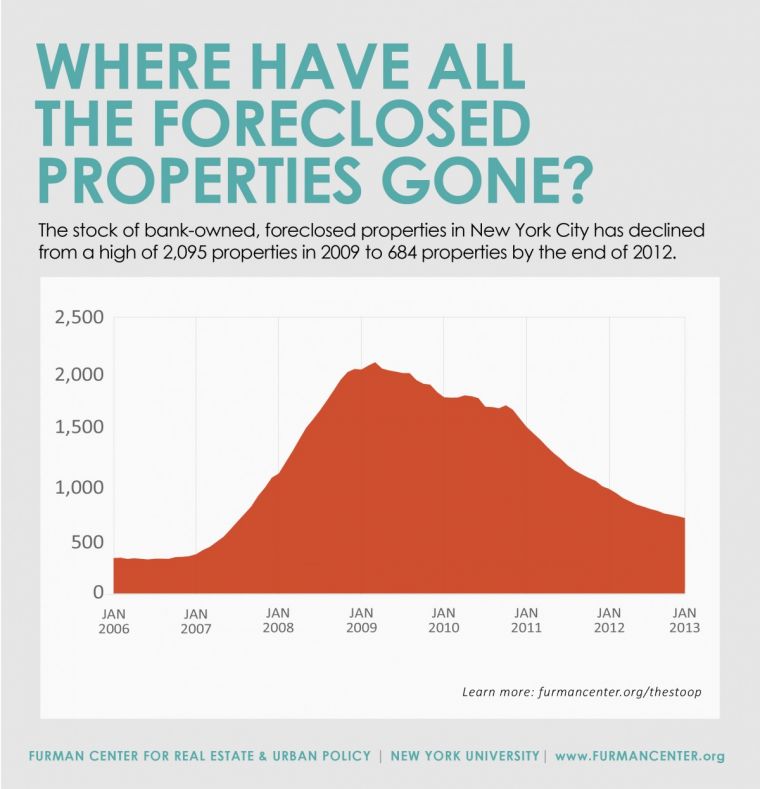 In March 2009 the stock of bank-owned, foreclosed properties—often referred to in the industry as REOs—in New York City reached a high of 2,095. These REO properties are usually vacant and evidence suggests that they can have negative effects on neighborhoods by decreasing neighboring property values or increasing crime. By the end of 2012, there were only 684 REO properties in the city. Does this mean the foreclosure crisis is over? What is going on?

For more on REO properties in New York City, as well as in Fulton County, Georgia, and Dade County, Florida, see our recent paper, “The Foreclosure Crisis and Community Development: Exploring REO Dynamics in Hard-Hit Neighborhoods.”