Transforming NYCHA: Federal Funding, Oversight, and the Blueprint for Change 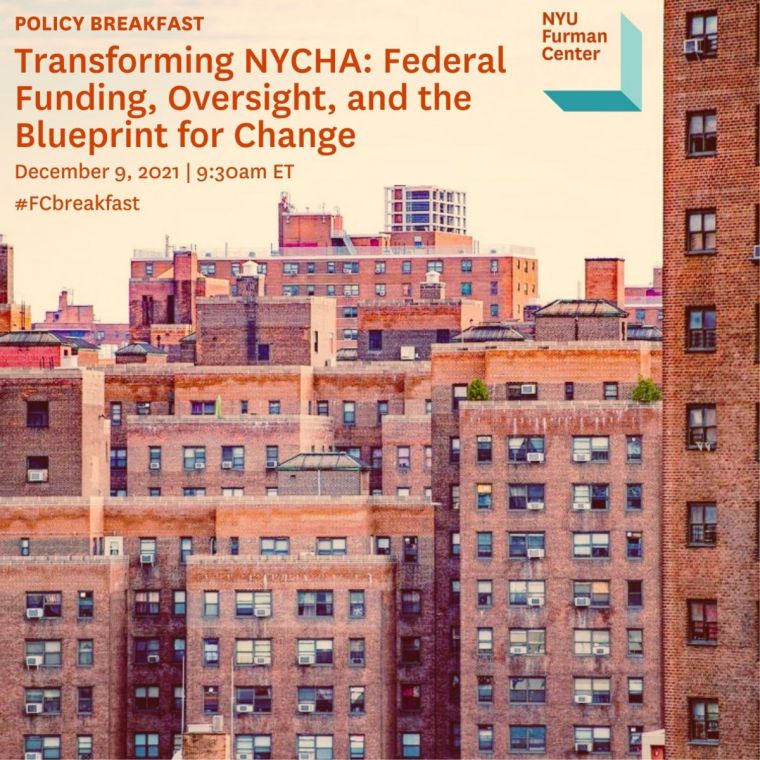 There was broad consensus that the sheer size of NYCHA makes progress difficult. Damaris Reyes and Walter McNeil recognized the housing authority’s efforts to engage tenant leaders and improve mold remediation. However, a lot of work remains to be done. They’ve observed staff shortages at their respective housing developments that slowed services down considerably, such as elevator repairs and trash pickup, particularly after the onset of the COVID-19 pandemic.

Chairman Gregory Russ pointed out that while repairs are necessary, equipment replacement and modernization is in the best long-term interest of tenants and housing developments. “We’re at a place where we have to put money at scale into the entire property. We have to do comprehensive modernization,” he said. “We can’t just fix the elevator. We should fix the elevator, but over time, we should replace it.” He explained that historically, NYCHA received funds for piecemeal building repairs; the “Blueprint for Change” aims to fund whole building revitalization through the creation of the New York City Public Housing Preservation Trust. When asked about what he believes is the most misunderstood aspect of the Trust, Chairman Russ cited public fear of losing tenant protections. “That bill [that creates the Trust] has three major parts. It has tenant protections enumerated in the legislation itself, down to things like succession rights, down to things like right to return to any property that might be repaired. It’s all spelled out in there. It advances the mission of the Trust as a public agency to keep the asset public.”

Lieutenant Governor Brian Benjamin and Daniel Sherrod both commended NYCHA’s efforts to engage tenants, such as signing the Memorandum of Understanding between NYCHA and the Citywide Council of Presidents (CCOP). They both emphasized the need for state- and federal-level coordination to support NYCHA, whose problems are emblematic of challenges facing public housing all across the United States. On top of working to secure funding, Sherrod reminded the audience that NYCHA’s transformation requires convincing the public it is a good property manager, contract administrator, and paymaster. He advised that NYCHA and residents need to view each other as true partners. “No matter what the state does, no matter what the federal government does, if these two groups can’t get on the same page, it will not work,” he cautioned. “​​It's going to take the rarest commodity on earth to get this to work and that's trust.”

Ultimately, the panelists agreed that meaningful change for NYCHA involves both capital and rebuilding public trust. “We have some changes that are taking hold,” said Chairman Russ. “I’m not going to pretend that this is going to make it suddenly magically better overnight.” Tenant leaders McNeil and Reyes both believe NYCHA’s current projected capital need of $40 billion is still insufficient funding. However, Reyes clarified, “While it’s not enough money, it is a lot of money, and it will go a long way in beginning to address some of the major structural issues that we’re facing.” Should NYCHA secure an infusion of funding, either through the federal Build Back Better bill or the Preservation Trust, she urged NYCHA to actively involve tenants in funding decision making.

Reyes, a NYCHA resident and community organizer for over 20 years, best described what’s at stake with NYCHA’s turnaround. “While public housing may have been built on the premise of it being transitional housing, in New York, it is the only housing some people can ever afford. So it is critical and we’ve got to do everything that we can to preserve it.”

Zi Lin Liang is a Master of Public Administration candidate, specializing in Public Policy, at NYU Wagner. She is interested in the intersection of housing, education, and equitable access to socioeconomic mobility. Zi Lin is also a 2021-2022 John D. Solomon Fellow at New York City Emergency Management. Prior to Wagner, she worked in sales and marketing in the consumer goods and ecommerce industries. Zi Lin holds a B.S. in Retail Management and Public Relations from Syracuse University.