The Price of Building Higher 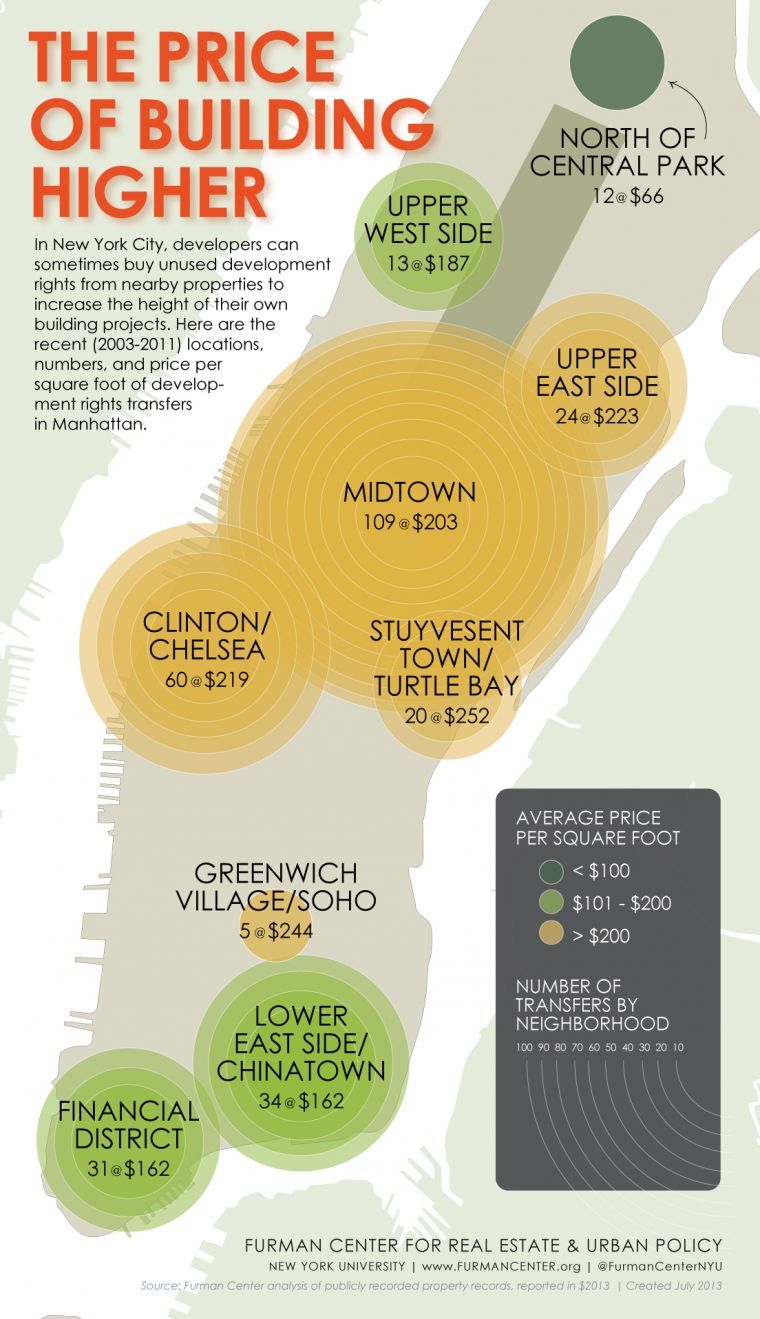 In New York City, developers can sometimes buy unused development rights from nearby properties to increase the size of their own building projects. Here are the locations, numbers, and average price per square foot (in 2013 dollars) of recent (2003-2011) development rights transfers in Manhattan.

In its rezoning plans for Midtown East, City Planning has effectively set the price for unused development rights at about $250 per square foot. Did the city get it right?

The city is in the midst of the public review process of a rezoning proposal that could dramatically change the development pattern in the neighborhoods north and east of Grand Central Station. Under the plan, devised by the Bloomberg administration to jumpstart new office development in the area, developers would be able to purchase additional development rights from other property owners or, alternatively, from the city itself (which would devote the proceeds towards improvements to the area’s subway and pedestrian network). By setting the price it would charge, the city is also effectively capping the price for the privately owned development rights that could be transferred.  Some argue that, at a price of $250 per square foot, the city has set the price too low.