Policy Minute: The Potential Impact of Tax Reform on Homeowners

The looming overhaul of the federal tax code has important implications for housing affordability. This Policy Minute, the second in a series of two, focuses on the potential impacts proposed changes to the tax code may have for homeownership.

The research presented here explores how changes in the mortgage interest deduction, as well as deductions for state and local taxes such as property taxes, may affect homeownership decisions and the distributional effects of federal housing subsidies.

Because the House and Senate versions of the bill adopt different provisions regarding the mortgage interest deduction, the scope of that deduction will depend on the outcome of the reconciliation process. Current reports are that a compromise has been reached that would cap the mortgage interest deduction for newly purchased homes at $750,000, and allow up to $10,000 of state or local property, sales or income taxes to be deducted, but the final bill has not yet been released. 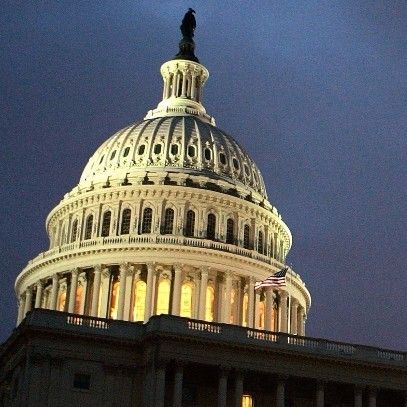 The House version of the Tax Cuts and Jobs Act caps the mortgage interest deduction for new homeowners at $500,000 while maintaining the existing $1 million dollar limit for existing mortgages. The House bill retains deductions for property taxes up to $10,000 while eliminating all other state and local tax deductions (SALT). The House passed the bill on November 16, 2017. Read the sponsors’ press release and analyze the bill >>

The Senate’s version of tax reform maintains the mortgage interest deduction for both old and new homeowners at $1 million. The Senate bill originally proposed fully repealing state and local tax deductions (SALT) for individual filers but a provision to exempt deductions of property taxes up to $10,000 was added in the legislation the Senate passed on December 2, 2017. Read the Senate Committee on Finance’s summary and analyze the bill >> 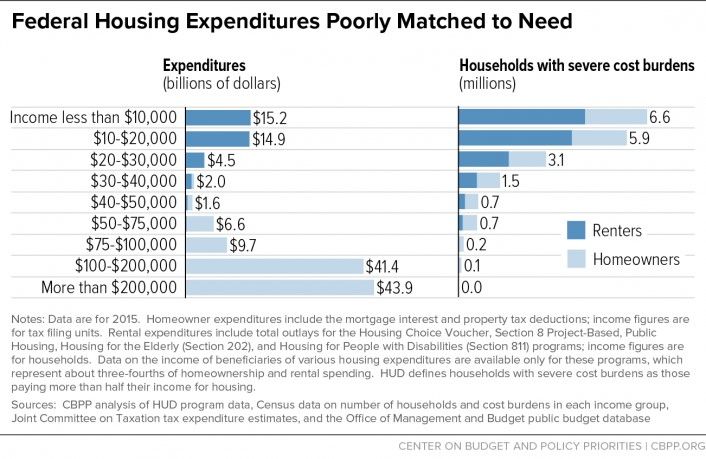 Even though homeowners make up only 40% of all households facing severe housing cost burdens, they received more than 70% of all federal housing subsidies in 2015. See Will Fischer and Barbara Sard 2017 >>

“[D]oubling the standard deduction simply exposes the [Mortgage Interest Deduction] for what it really is: a generous public-housing program for the rich.”

- Matthew Desmond, How Homeownership Became the Engine of American Inequality in The New York Times Magazine (May 9, 2017)

Federal tax reform proposals may alter the geographic distribution of Mortgage Interest Deduction benefits. An Analysis of the Geographic Distribution of the Mortgage Interest Deduction, by Mark P. Keightley, finds that the mortgage interest deduction tax expenditure in states across the nation ranged from $86 to $436 in 2014. With only 43% of all homeowners claiming the deduction, the mortgage interest deduction tax expenditure per claimant ranged from $1,324 - $1,511 in states receiving the smallest benefit, to $2,915 - $3,683 in states at the higher end of the spectrum. Keightley argues that the uneven distribution of the deduction can be explained by differences in state’s homeownership rates, home prices, state and local taxes, and average incomes. Read more >>

Why Republicans should have ditched the mortgage-interest deduction as part of tax reform, by Jacob Passy in MarketWatch (November 2, 2017)

The Shame of the Mortgage-Interest Deduction, by Derek Thompson in The Atlantic (May 14, 2017)