Report: The Latest Reform Proposal for the 421-a Program

A report by the NYU Furman Center analyzes the potential impact of the most recent reform proposal for the 421-a program on housing development in New York City, which is currently under consideration by the New York State Legislature. The report, The Latest Reform Proposal for the 421-a Program, uses financial analysis to examine the program changes from both the taxpayer and developer perspectives to help shed light on the new legislation’s impact on housing development in different parts of the city. 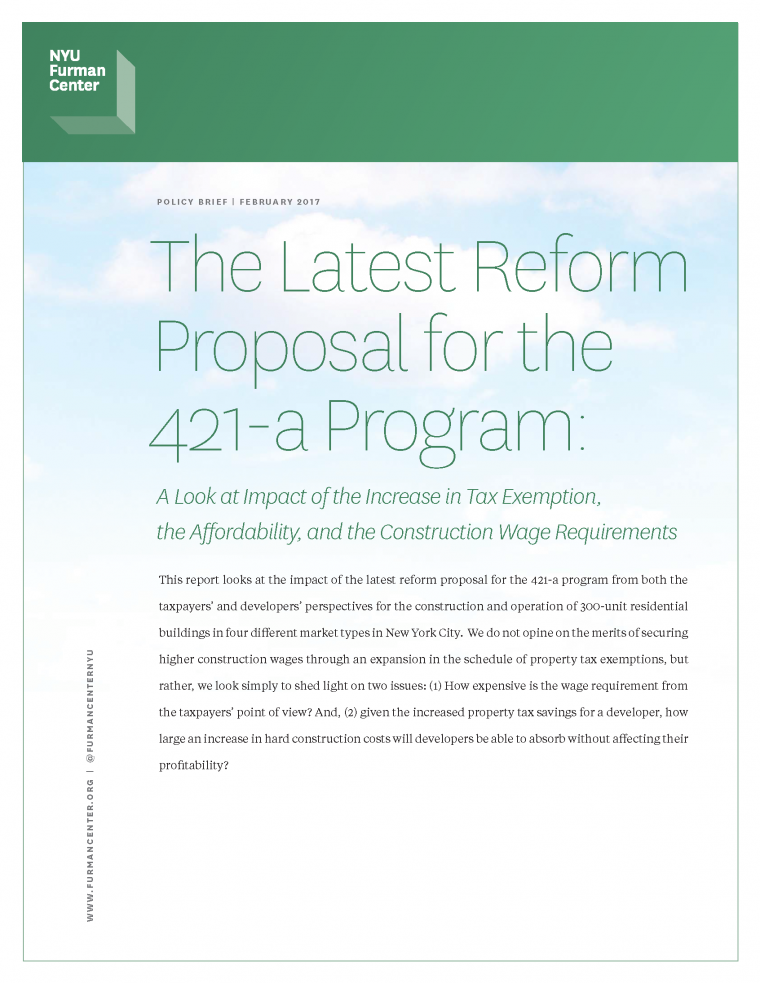 The report finds that the proposed wage requirement could cost city taxpayers between $2.6 and $5.7 million per 300-unit building, depending on the location of the building. In addition, the report finds that the cost for taxpayers of the proposed wage requirement is higher under the proposed middle-income affordable housing option (“Option C”) than under the lower-income affordable housing option (“Option A”). The report studies potential impacts of the revised program in four different parts of New York City—Core Manhattan, Downtown Brooklyn, Astoria, and Bedford-Stuyvesant.

Though the analysis does not estimate whether, or to what degree, labor costs might rise with the proposed wage requirement, it finds that developers under the 2017 proposed program might be able to absorb a 10-18% increase in hard construction costs without lowering the long-term rate of return. Labor costs could go up even more as they make up only one piece of hard costs.

Report: The Latest Reform Proposal for the 421-a Program