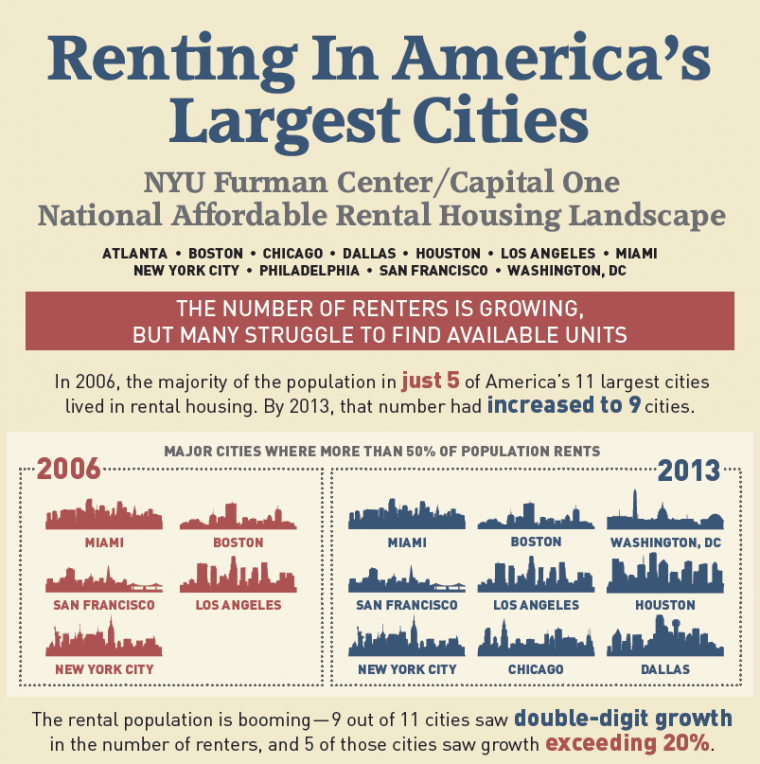 The supply of affordable rental housing failed to keep pace with demand in the 11 largest U.S. cities while rents rose faster than household incomes in five of the them, according to the NYU Furman Center/Capital One National Affordable Rental Housing Landscape. An infographic of the key findings were released in February, while the full report was released this week. 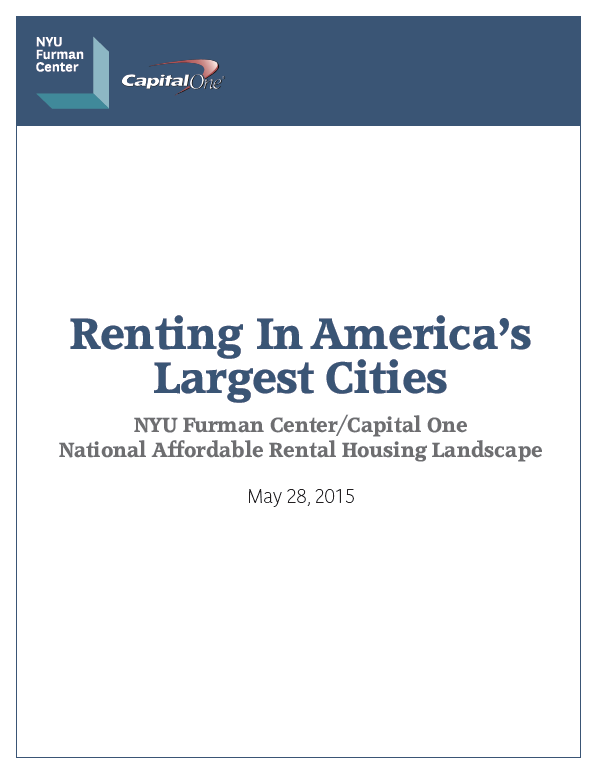 Nine of the 11 largest U.S. cities have seen falling vacancy rates and rising rents, which are hurting lower- and middle-income renters. “Affordable” rent should comprise less than 30 percent of a household’s income. With the exception of Dallas and Houston, the average renter in each metropolitan area could not afford the majority of recently available rental units in their city. The cities were even less affordable to low-income renters, who could afford no more than 11 percent of recently available units in the most affordable cities.

View an infographic of the findings of the report or the press release.