Report: The Challenge of Rising Rents 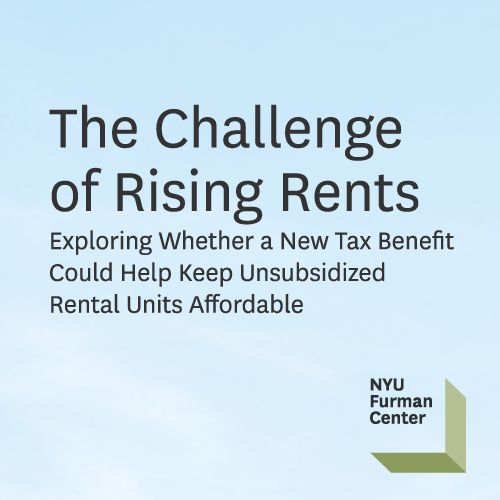 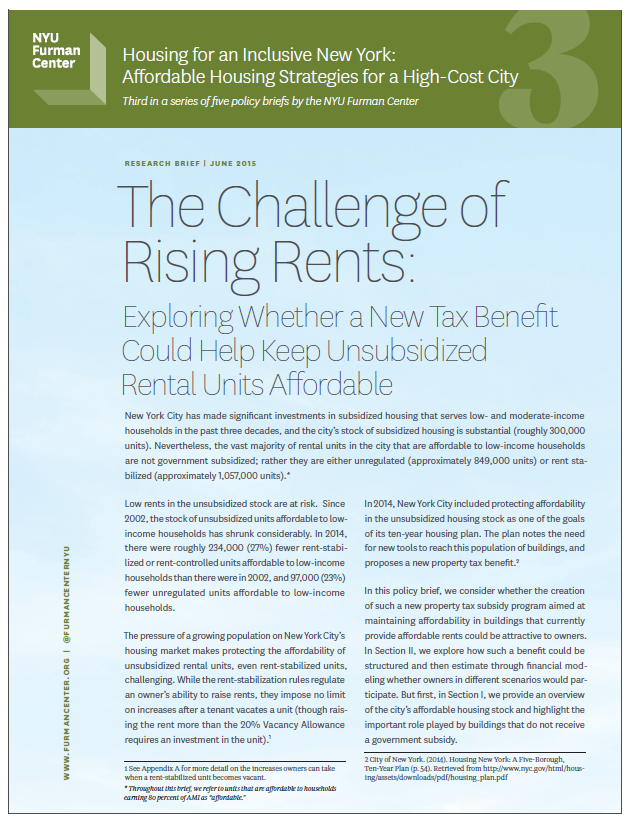 A new report by the NYU Furman Center, titled The Challenge of Rising Rents: Exploring Whether a New Tax Benefit Could Help Keep Unsubsidized Rental Units Affordable (PDF), examines the importance of unsubsidized multifamily buildings as a source of low-rent housing in the city, and considers whether the city could offer a benefit to protect affordability in this stock.

The bulk of New York City’s housing stock that is affordable to low-income households (households earning 80% of the Area Median Income or $60,400 for a family of three in 2014) is in multifamily buildings that receive no government subsidy to maintain low rents. Rising rents threaten the future affordability of this critical source of low-rent housing.

Reporting on just-released data from the New York City Housing and Vacancy Survey, conducted every three years by the Census Bureau, the report finds that the stock of unregulated units and rent-stabilized units affordable to low-income households declined significantly during the last decade.

Key findings from the report include:

This policy brief is third in the five-part series, titled, Housing for an Inclusive New York: Affordable Housing Strategies for a High-Cost City. The series includes: