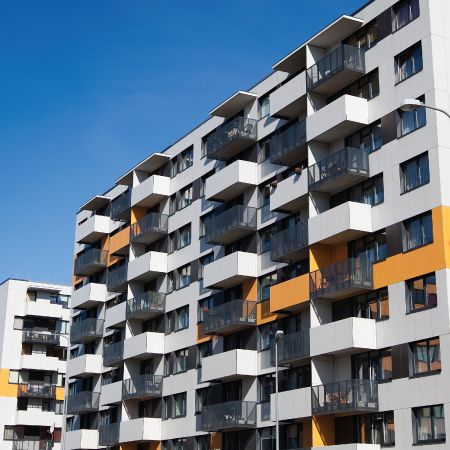 New research from the NYU Furman Center explores the viability of small units to help address New York City’s affordable housing need. The white paper and accompanying policy brief demonstrate the financial feasibility of small-unit housing and detail the regulatory barriers the city would need to address in order to spur their development.

The report, 21st Century SROs: Can Small Housing Units Help Meet the Need for Affordable Housing in New York City? (PDF), explores the potential demand for smaller, cheaper units; the economics of building small units; and the regulatory barriers to building small units in New York City. It considers the feasibility of self-contained micro units as well as efficiency units with shared kitchens and/or baths.

The report uses financial modeling to demonstrate that small units can be significantly cheaper to build and operate than larger units. According to the report, with a property tax exemption and no other subsidy, a standard 400 square foot studio unit requires approximately $1,480 per month in rent to support construction, which would be affordable to a single person earning at least $59,452 per year (or 89% of area median income (AMI)). By contrast, a 160 square foot efficiency unit with shared kitchen and bath would require a rent of only about $840 per month, which is affordable to a single person earning at least $34,068 a year (or 51% of AMI). With government subsidy beyond a tax exemption, small units could be made affordable to even lower income households.

The authors also identify key regulatory barriers that impede the creation of small units, and provides recommendations to overcome them. The city adopted “Zoning for Quality and Affordability” in 2016, which removed minimum unit size regulations from the Zoning Resolution; but Zoning Resolution density factor regulations and parking requirements still hinder development. The Housing Maintenance Code restricts the creation of units with shared facilities, and many commonly used subsidy programs have unit-size and bedroom-mix rules that can discourage the creation of small units.

The report details how the city could address the barriers to developing small units by amending the Zoning Resolution and the Housing Maintenance Code. It also suggests that a city-supported small unit demonstration project and a Small Unit New Construction Program would help encourage the creation of subsidized small units.

Read the press release: Small Units Can be Part of the Affordable Housing Solution in New York City, If Barriers Removed