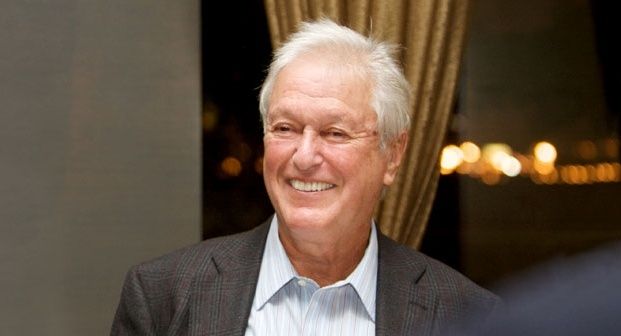 Jay Furman, founding board member and benefactor of the NYU Furman Center.

Jay Furman, founding board member and endower of the NYU Furman Center, passed away on January 4th at the age of 72. Jay’s vision and generous financial support brought the NYU Furman Center to life in 1995, and he remained involved in the Center’s work as a consistent source of support, ideas, and humor.

“Jay was a great friend of the Center, and we will always remember his warmth, intelligence, and irrepressible passion for policies that make cities more livable,” said Mark Willis, executive director of the NYU Furman Center.

“We valued every one of our meetings, phone calls, and meals with Jay, who clearly relished the chance to engage in debates about urban policy issues,” said Ingrid Gould Ellen, faculty director of the NYU Furman Center.

“He continually challenged us to sharpen our arguments and make our analyses both more rigorous and more relevant. Yet, he was always insistent on the NYU Furman Center’s independence and objectivity. We feel extremely honored and humbled to be a part of the center that bears his name.”

Michael H. Schill, founding director of the NYU Furman Center and current Dean and Harry N. Wyatt Professor of Law at the University of Chicago Law School, worked closely with Jay in establishing the Center. “In addition to being a wonderful friend, Jay Furman was a visionary, engaged philanthropist who was also an intellectual. Jay saw very early how a university center in New York City dedicated to the empirical analysis of urban issues could quickly become the leading institute of its kind in the nation,” he said.

“He was generous with his time as well as his wealth. Jay took an active interest in the Furman Center’s programs and research. He kept pushing us to go deeper and often suggested new and interesting approaches to our work. With his support, the Furman Center has become the best urban research center in the nation.”

Commissioner of New York City’s Department of Housing Preservation and Development and law professor Vicki Been came to know Jay very well when she was director of the NYU Furman Center. “Jay was always the Furman Center's toughest questioner—his curiosity, incredible intelligence, breadth of knowledge, and enthusiastic embrace of any complexity made him the best thinker in the room on almost any issue. But he was also the Furman Center's greatest supporter, because he had a deep appreciation for the value of rigorous research tied directly to important and immediate policy debates,” she said.

“Jay also was a close friend, and I'll deeply miss his thoughtful advice, his genuine compassion, and his constant musings about every aspect of life.”

Our thoughts are with Jay’s family and all of those who were touched by his extraordinary life.