As more people opt to live alone, cities around the country are reevaluating how well their existing housing stock is meeting the changing demands of their residents. Small units, often with shared living spaces, were once common in urban areas, but then fell out of favor. Today, local governments and housing advocates are once again considering whether small units are a viable option to meet the evolving needs of urban dwellers.

This Policy Minute rounds up the latest research and perspectives on the contemporary debate surrounding small unit housing. 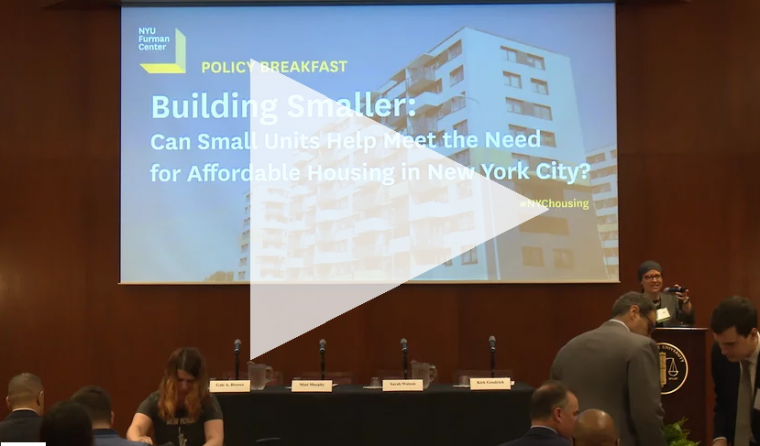 “Building Smaller: Can Small Units Help Meet the Need for Affordable Housing in New York City?” View a panel hosted by the NYU Furman Center at NYU School of Law on February 21, 2018). Read more about the event or watch a recording >> 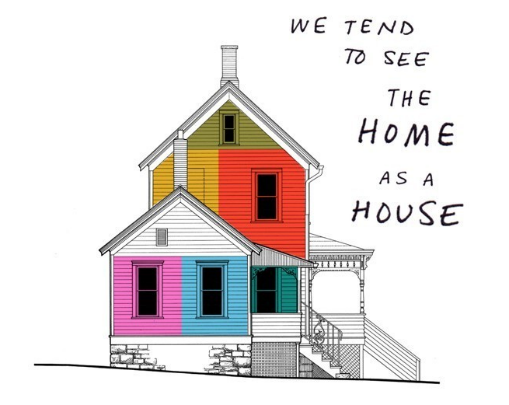 When America's Basic Housing Unit Was a Bed, Not a House, a visual story by Ariel Aberg-Riger (CityLab, February 22, 2018)

While micro units and efficiencies with shared facilities could be a source of affordable housing in New York City, a number of barriers impede their creation. This 2018 report by the NYU Furman Center explores the viability of small units to help address New York City’s affordable housing need. The white paper and accompanying policy brief demonstrate the financial feasibility of small-unit housing and detail the regulatory barriers the city would need to address in order to spur their development. Read the policy brief or the white paper.

Getting micro-units to market requires support of public regulatory authorities. Reporting from Architect Magazine discusses the challenges that zoning codes, design and construction regulations, and community reactions pose for developing micro-units in United States cities, concluding that “as lifestyle and cultural expectations evolve, building codes inevitably have to play catch up.” More>>

“Less than one-fifth of single-person renter households [in New York City] are able to rent a new studio unit affordably.” A new report in the Manhattan Institute’s Urban Policy Frontiers series describes a mismatch between the demands of New York City’s households and the supply of appropriately sized available rental units. The authors suggest that regulations should be amended in order to promote flexibility in housing options and to legalize currently illegal housing and ensure resident safety. More>>

What is the relationship between micro units and the sharing economy? In a Fordham Urban Law Journal article titled “Spaces for Sharing: Micro Units Amid the Shift from Ownership to Access,” John Infranca, Associate Professor of Law at Suffolk University Law School, proposes that the sharing economy and changing preferences about ownership might contribute to the demand for smaller housing units. The article also suggests that cities should consider the how regulations for sharing economy services, such as car- or bike-sharing, might work in tandem with regulations for new residential development. More>>

What It Takes To Design NYC Micro-Apartments Fit for Families? by Tanay Warerkar (Curbed, February 23, 2018)

The Health Risks of Small Apartments? by Jacoba Urist (The Atlantic, December 19, 2013)

Webinar: Research Briefing on 21st Century SROs
The webinar briefing, which will take place on Wednesday, April 18th, from 2:00 to 3:00 p.m. ET, will present the NYU Furman Center’s latest findings on small unit housing as a strategy to address affordable housing challenges. More >>

Boston: Boston Micro-Apartments: A Brief History of the Trend
At the start of the decade, small units were looked to by the city and developers to help meet housing needs. But, when the city authorized the creation of small units, the new units didn’t materialize in the numbers that many had expected. More>>

Los Angeles: Micro-living in L.A.: Could You Live in Less Than 400 Sq. Feet?
Micro units are becoming more common in L.A., where they are now found in rehabbed older buildings and in new developments. In one downtown development, a 343 square foot micro unit rents for $1,915/month. More>>

New York City: Tiny Home Test Drive
The Carmel Place micro unit project, the first of its kind in the city, was the result of a 2013 small space competition sponsored by the New York City Department of Housing Preservation and Development (HPD). The building features 55 apartment units sized between 260 and 360 square feet. More>>

San Francisco: Dorm Living for Professionals Comes to San Francisco
Developer Starcity is building dorm-style housing with shared bathrooms and kitchens and is anticipated to have thousands of units open in the Bay Area by 2019. The bedrooms range between 130 and 220 square feet. More>>

Seattle: How Seattle Killed Micro-Housing Again
Builders have used new techniques, such as modular construction, to develop numerous micro unit projects in the past five years. However, as the city implements its Housing Affordability and Livability Agenda (HALA) strategies, it is contending with a number of issues related to small unit sizing and design. More here and here>>