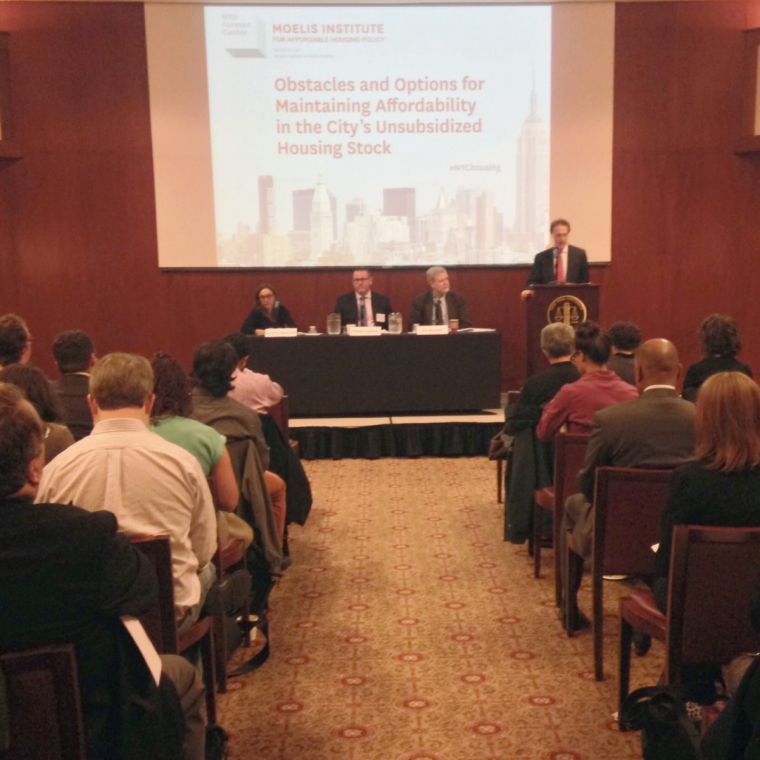 The panel was moderated by Mark A. Willis, Executive Director of the NYU Furman Center.

As the city works to meet its ambitious new affordable housing goals, it has stated that it will look for ways to stem the loss of affordability in the unsubsidized affordable housing stock. Panelists discussed strategies to bring more units under agreements to regulate their rents, when and where the city might want to use these strategies, and the range of challenges involved in their successful implementation.

For more information, see the event program and the opening presentation deck.