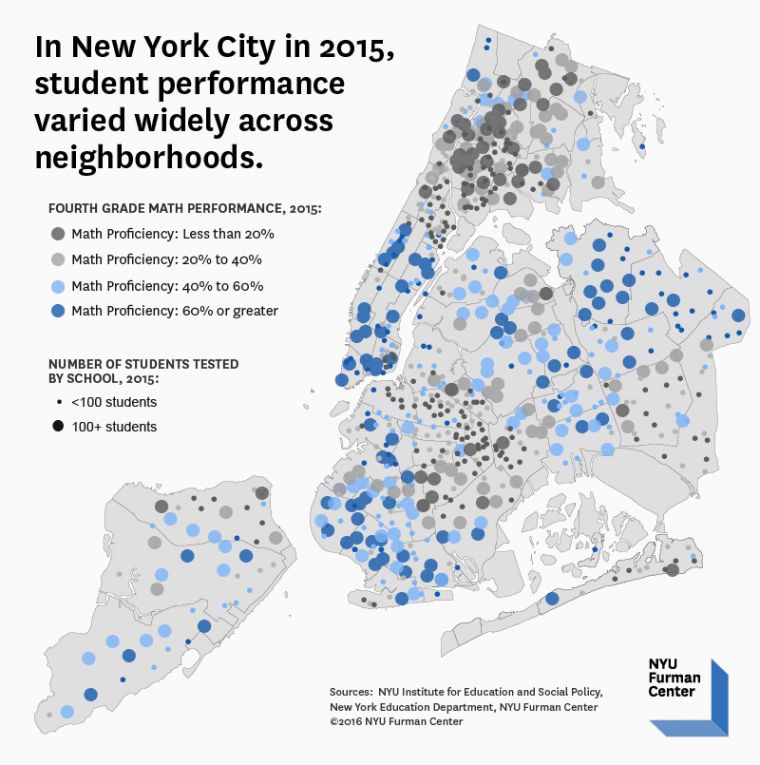 This map shows fourth grade math performance and the number of students tested by school in 2015. The map illustrates that lower-performing schools were concentrated in the southern and central Bronx, eastern Brooklyn, and northern Manhattan. In some neighborhoods, such as Queens Village (QN 13) in Queens, Flatlands/Canarsie (BK 18) in Brooklyn, and East Harlem (MN 11) in Manhattan, proficiency rates in neighboring schools differed by as much as 30 percentage points. 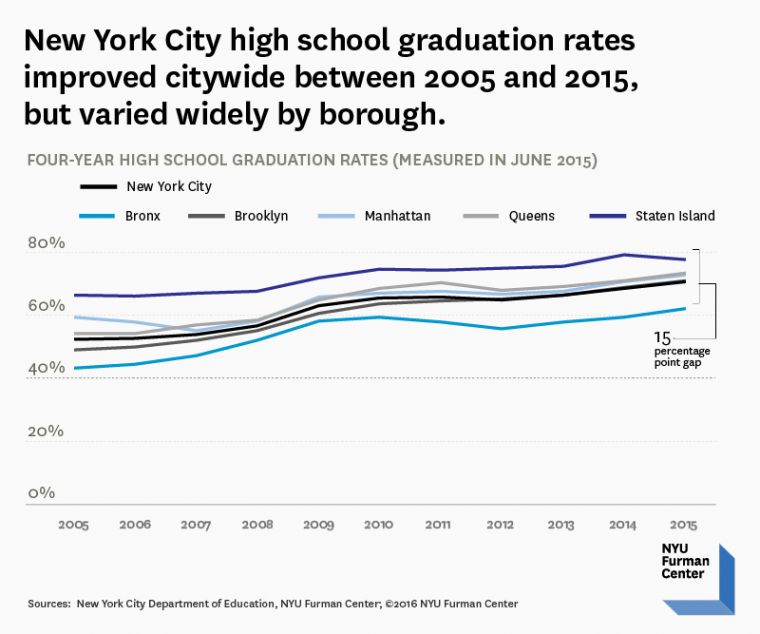