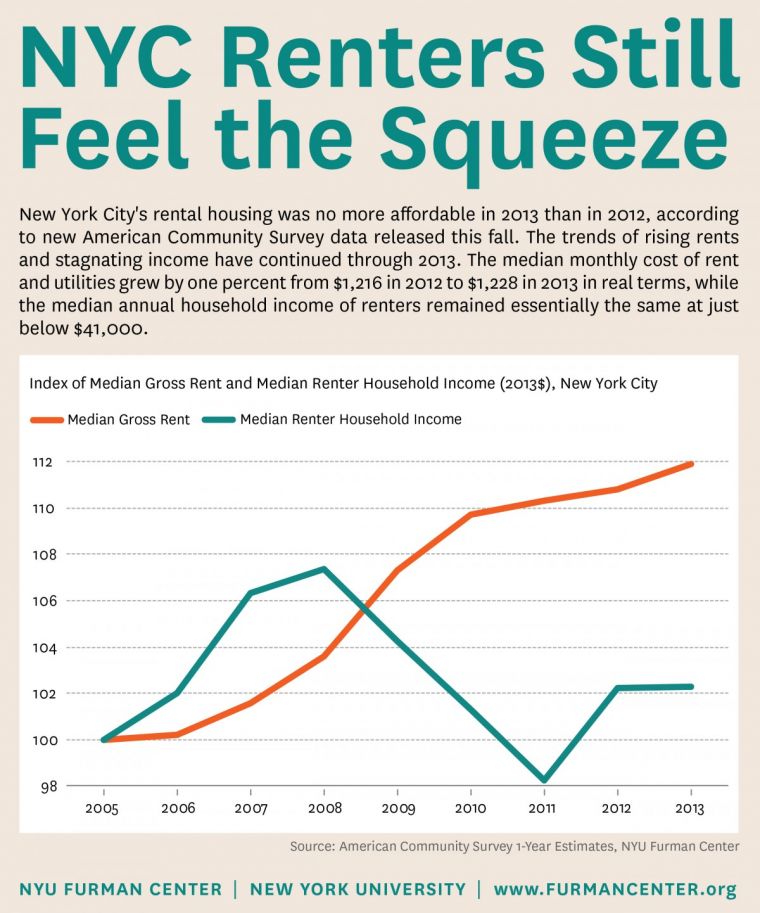 New York City's rental housing was no more affordable in 2013 than in 2012, according to new American Community Survey data released this fall. The trends of rising rents and stagnating income have continued through 2013. The median monthly cost of rent and utilities grew by one percent from $1,216 in 2012 to $1,228 in 2013 in real terms, while the median annual household income of renters remained essentially the same at just below $41,000.

This graphic updates data presented in the State of New York City's Housing and Neighborhoods. This report, issued annually by the NYU Furman Center, provides a compendium of data and analysis about New York City's housing, land use, demographics, and quality of life indicators for each borough and the city's 59 community districts.