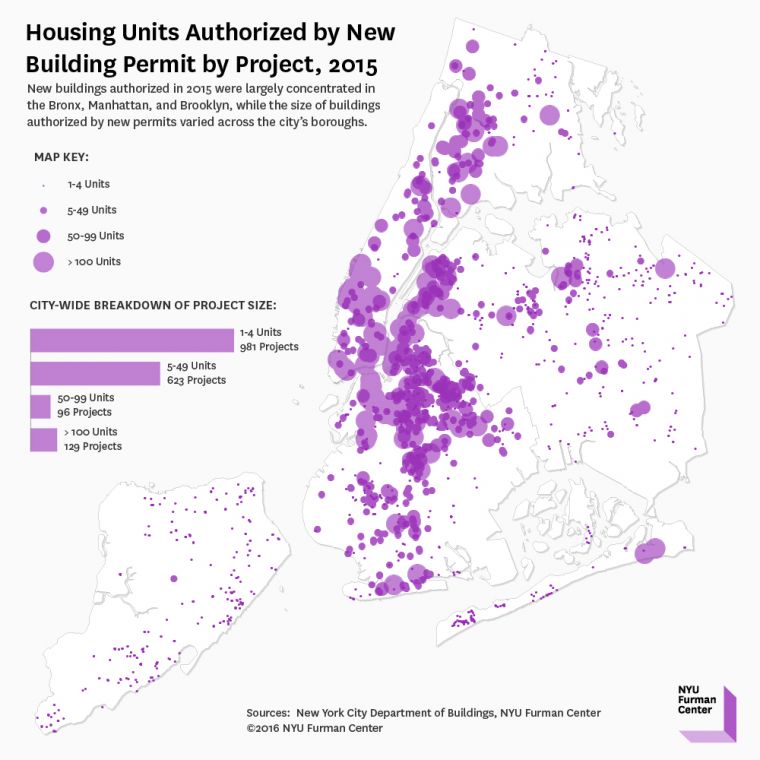 New York City experienced a spike in the number of new residential units authorized for construction in 2015. Over 39,000 of more than 51,000 newly permitted housing units were slated to be in buildings with 50 or more units, more than in any year since at least 2004. The 421-a property tax exemption program was slated to expire on June 15, 2015, and uncertainty surrounding the fate of that tax exemption (which ultimately was extended through January 15, 2016) likely pushed developers to rush to apply for permits under the old regime. 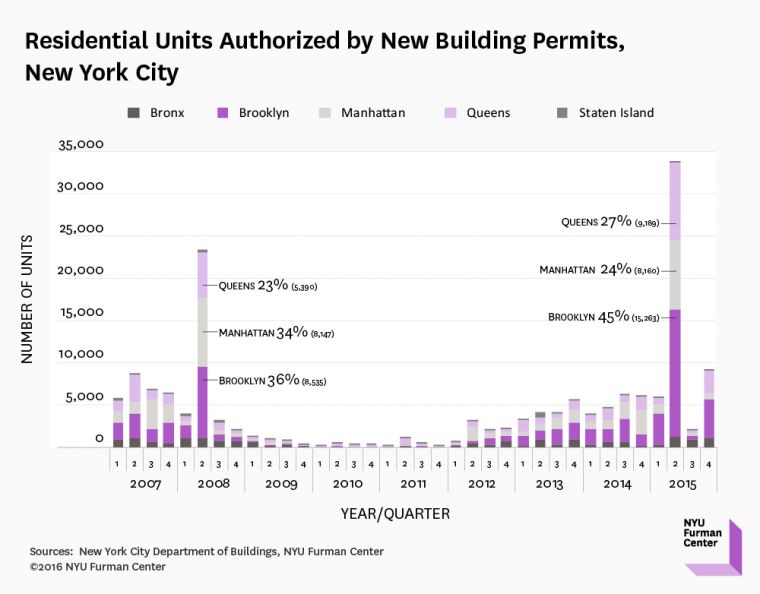