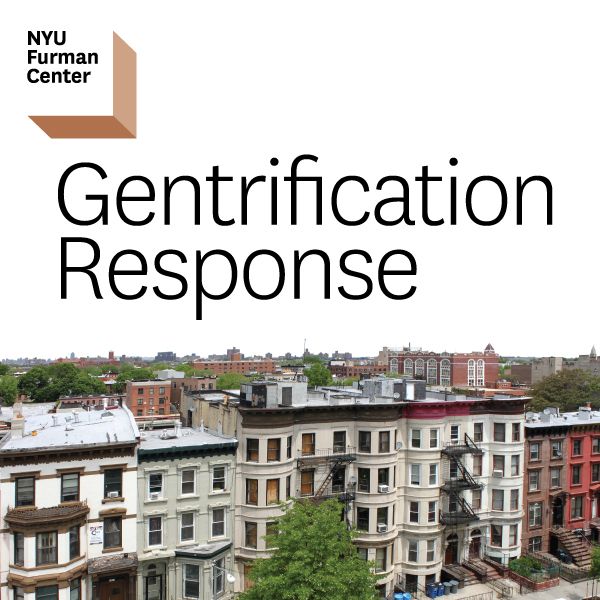 A new report by the NYU Furman Center details strategies used by local governments to address rising housing costs and displacement of low-income households in gentrifying neighborhoods. The report,  Gentrification Responses: A Survey of Strategies to Maintain Neighborhood Economic Diversity, details common policies and strategies used by cities across the U.S. to achieve two goals: create and preserve affordable housing and assist tenants at risk of displacement.

The report, is part of a series of work by the NYU Furman Center on gentrification, but is the first to provide an overview of policy responses to the effects of rapidly rising rents. 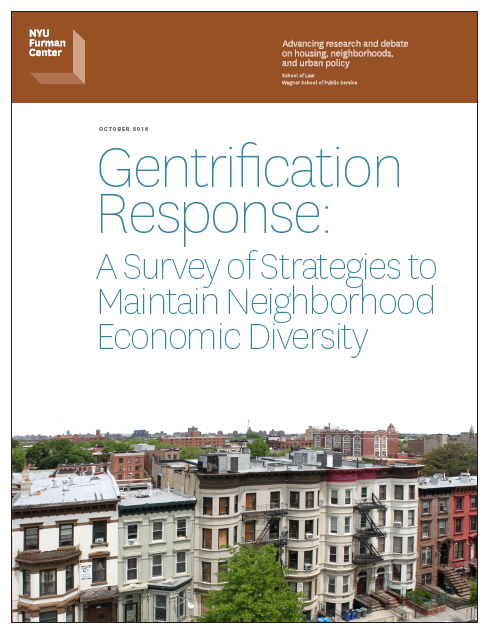 Previous research by the NYU Furman Center found that, across the U.S., many urban neighborhoods are facing unprecedented demand, resulting in soaring housing costs. The 11 largest U.S. metro areas saw an increase in both the number and share of renters increase in the past decade, putting increased pressure on rental housing, according to the NYU Furman Center / Capital One National Affordable Rental Housing Landscape, released in February 2016. The State of New York City's Housing and Neighborhoods in 2015 report, released in May, explored gentrification within the context of New York City's neighborhoods.

The report notes that increasing housing supply is necessary to meet this growth in demand, but this strategy alone will not necessarily preserve neighborhood economic diversity. The report  focuses on local strategies targeted specifically to preserve affordable housing and protect long-term residents from displacement.

To assist tenants at risk of displacement, the report details strategies to regulate the landlord/tenant relationship well as strategies to provide assistance for households that move. To create and preserve affordable housing, the report explores ways to use city-owned land and other resources strategically to promote affordable housing in areas where costs are on the rise. It also examines ways to harness the market, such as inclusionary zoning and linkage fees.