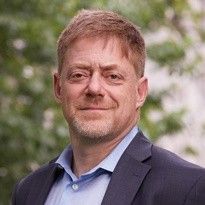 The NYU Furman Center, one of the nation’s preeminent research centers on housing, neighborhoods, and urban policy, announced today that Ken Zimmerman is joining the Center as a Distinguished Fellow.

Zimmerman, a noted policy maker, fair housing expert, and civil rights attorney, has devoted his career to justice and equality issues. He most recently served as the Director of U.S. Programs for the Open Society Foundations, where he oversaw the annual dissemination of over $100 million in grants to organizations focused on equality, fairness, and justice.

At the NYU Furman Center, Zimmerman’s research will examine new forms of social advocacy and policy development in the urban environment, with a special focus on evolving mechanisms for civic engagement and innovative approaches to address growing inequality.

“We have long admired Ken’s leadership on issues of justice and equality, and we are delighted to have him on our team,” said Vicki Been, Faculty Director at the NYU Furman Center. “His experiences building multidisciplinary coalitions and engaging with communities across the U.S. will provide invaluable insights for our research.”

"From his early efforts to combat predatory lending at the New Jersey Institute of Social Justice to his work at HUD in the early years of the Obama Administration, Ken has been a true leader on fair housing," said Ingrid Gould Ellen, Faculty Director at the Furman Center, "We look forward to learning from his wisdom and experience."

Established in 1995, the NYU Furman Center is a joint initiative of the NYU School of Law and Wagner Graduate School of Public Service. It is led by three Faculty Directors, Professor Vicki Been, Professor Ingrid Gould Ellen, and Professor Katherine O’Regan, and Executive Director Jessica Yager.