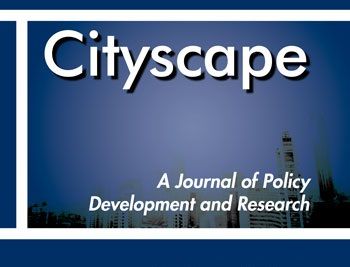 As the name implies, Housing Choice Vouchers are meant to provide recipients with a choice in where they live. Yet despite being able to shop on the private market, households with vouchers are overwhelmingly concentrated in highly disadvantaged neighborhoods, seldom settling in low-poverty areas that have been shown to provide greater economic and health benefits over the long term. One factor that limits recipients’ access to higher-opportunity areas is the program’s use of a single voucher ceiling rent across entire metropolitan areas.

In The Effects of Small Area Fair Market Rents on the Neighborhood Choices of Families with Children , NYU Furman Center Faculty Director Ingrid Gould Ellen together with Samuel Dastrup and Meryl Finkel of Abt Associates Inc. evaluate how subsidy caps that vary according to ZIP Code alter the pool of affordable units, and whether they influence where families with vouchers live.

The maximum subsidy traditionally has been based on the Fair Market Rent (FMR) for an entire metropolitan area, generally set at the 40th percentile of rent paid by recent movers. But rents can vary significantly across a metropolitan area. Using a metro-wide FMR means that the maximum subsidy is not enough to cover rent in the more expensive (and often higher-opportunity) neighborhoods, putting them mostly out of reach for voucher recipients.

In 2011 and 2012, seven public housing agencies (PHAs) began determining subsidy caps based on ZIP Code rather than metropolitan area. The authors evaluate whether the use of these “Small Area FMRs” increases the likelihood that families with children will locate in higher opportunity neighborhoods, relative to other similar PHAs that continued to use metro-area FMRs. They compare changes in voucher holders’ location outcomes in these two groups of PHAs between 2009 (before the policy was implemented) and 2017, using poverty rates, proficiency levels at local elementary schools, proximity to jobs, and environmental hazards to determine neighborhood opportunity levels. The analysis showed that:

The use of Small Area FMRs to expand neighborhood choice shows promise, especially since the increase in subsidies for higher rent areas are offset by the decrease in subsidies for lower rent areas, resulting in no additional cost to the government. The authors conclude by noting that complementary efforts, such as encouraging participation of landlords in high-opportunity neighborhoods, are likely needed to further support voucher holder families with children to settle in high-opportunity neighborhoods. This may be especially true for new voucher holders, who have less time to search for housing than existing voucher users. Read the article.