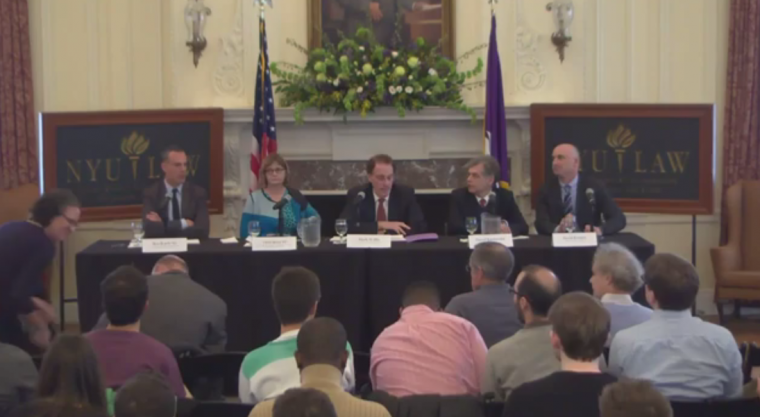 Last May, Mayor Bill de Blasio announced his intention to create a mandatory inclusionary zoning program that would require developers to include affordable housing units in market-rate residential developments.

The panel, titled, “Mandating Affordable Housing in NYC: Policy Justifications and Legal Questions,” was held on January 21st at the NYU School of Law. The expert panel discussed with how to structure a program that produces affordable housing without suppressing overall development, and how the city can avoid legal pitfalls that mandatory inclusionary zoning measures have faced elsewhere.

The event was held at the New York University School of Law as part of the Milbank Tweed Forum, a weekly series designed to facilitate discussions on timely topics among students and experts.

The NYU Furman Center has released a number of publications related to inclusionary zoning since 2007; view the full list of reports.