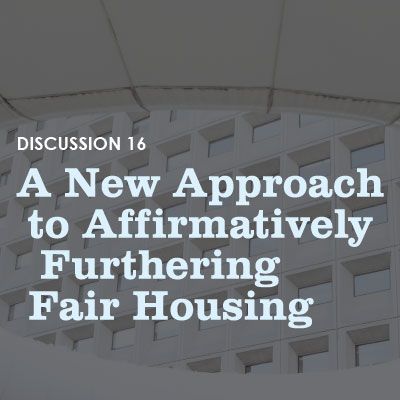 The lastest discussion on The Dream Revisited, A New Approach to Affirmatively Furthering Fair Housing, explores HUD’s renewed commitment to the new requirement of the Fair Housing Act to “affirmatively further fair housing”.