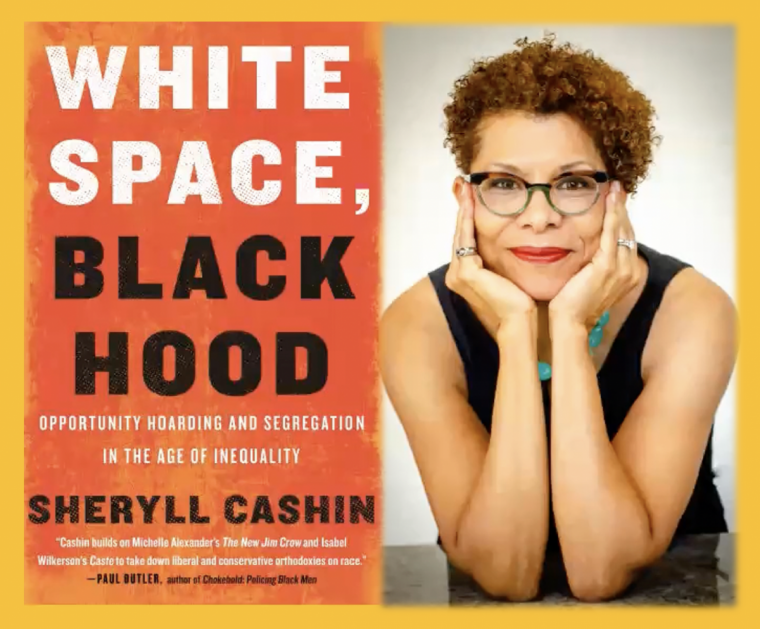 Ingrid Gould Ellen, Faculty Director of the NYU Furman Center, kicked off the conversation by outlining the three anti-Black mechanisms that Cashin claims sustain segregation and cement residential caste: boundary maintenance, opportunity hoarding, and stereotype-driven surveillance. Cashin made the case that whether in terms of 80-year-old residential segregation, urban renewal, or public housing, “cumulative policies” fuel inequality; both the government and the private sector have routinely over-invested in affluent white space and disinvested elsewhere. In doing so, residential caste not only perpetuates inequality, but itself is “an institution of white supremacy.”

Cashin then went on to discuss the systemic nature of residential caste. Although white people may have more choice in deciding where they live, all but the most wealthy Americans are “ensnared” in this system that “sets up automatic winners and losers.” In other words, residential caste has created a country in which higher-opportunity neighborhoods are nearly always also whiter neighborhoods. These patterns, Cashin maintains, must be reversed and abolished, and residents of high-poverty Black neighborhoods–who she identifies as “descendants” of slavery–must be prioritized.

The conversation proceeded to address ways we might create change. The book outlines three pathways to breaking down the caste system: changing the relationship of government with descendants from punitive to caring, empowering descendants as assets and empowering them as change agents, and investing resources and transferring assets to Black neighborhoods. Translated to policy, Cashin calls for mandatory inclusionary zoning ordinances in localities nationwide. In addition, Cashin listed constructing new affordable housing, instituting participatory budgeting processes, creating density incentives, establishing community land trusts, combating voter suppression, integrating schools, and investing in Black communities vis-a-vis trusted community leaders and institutions as mechanisms to chip away at this pervasive problem. Although Ellen and Cashin agreed this entrenched issue, centuries in the making, will have no easy solutions, there is reason for optimism as we “expand our vision” of how people and policy might prioritize and create racial equity.

Emma Maniere is a PhD candidate in NYU's history program. Her work is located at the intersection of urban history and LGBT studies in the 20th century United States. She is interested in the paradoxically liberatory and deeply unequal terrain of American metropolises, and the possibilities it presents for community building. Emma graduated from the University of Michigan with a BA in Women's and Gender Studies and Political Science.