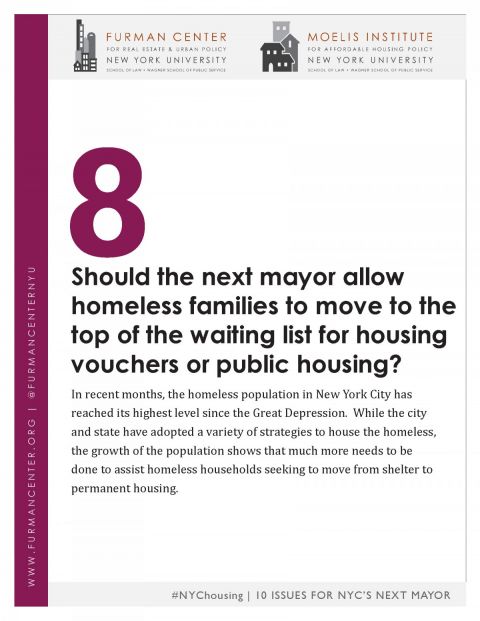 In 2013, the homeless population in New York City had reached its highest level since the Great Depression. While the city and state adopted a variety of strategies to house the homeless, the growth of the population shows that much more needed to be done to assist homeless households seeking to move from shelter to permanent housing. The incoming NYC mayor would need to address the growing homeless census and consider whether to allow homeless families to move to the top of the waiting list for housing vouchers or public housing. This brief outlines the tradoffs of such a policy to address homelessness.