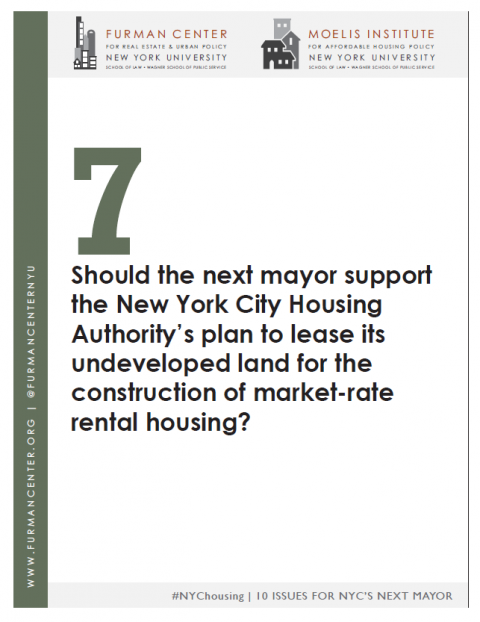 The New York City Housing Authority (NYCHA) is the largest provider of affordable housing in New York City, currently housing roughly five percent of the city’s population. The agency is facing dire financial shortfalls, however, that threaten the long-term viability of its stock. NYCHA needs to close its operating and capital budget gaps, and has a limited number of options to do so. This brief explores the tradeoffs of the New York City Housing Authority’s plan to lease its undeveloped land for the construction of market-rate rental housing.