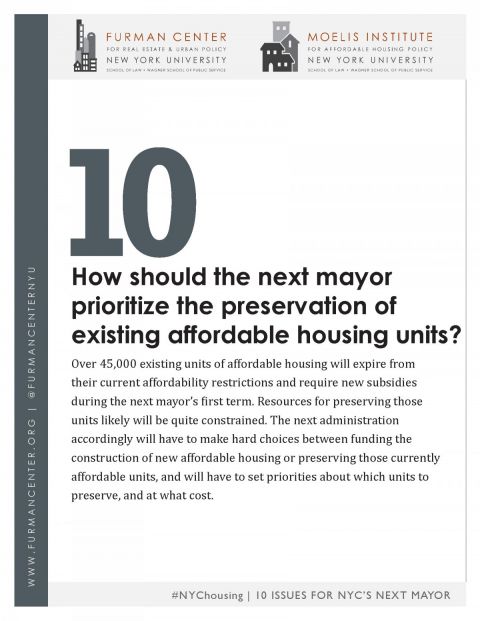 In the 2013 NYC mayoral election, over 45,000 existing units of affordable housing were set expire from their current affordability restrictions and would require new subsidies during the newly elected mayor’s first term. Resources for preserving those units likely will be quite constrained.  The incoming administration accordingly would have to make hard choices between funding the construction and preservation of affordable units. This brief outlines the options for preserving affordable housing in New York City.