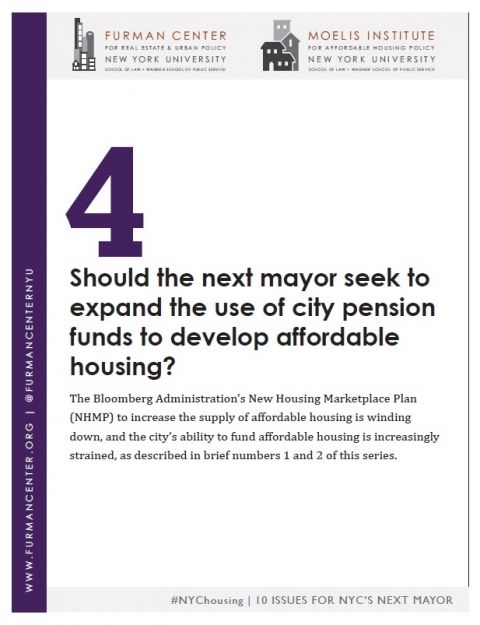 In the 2013 NYC mayoral election, some candidates suggested tapping the city pension funds as a way to maintain or increase the funding available to create and preserve affordable housing. The pension funds of New York City have some $137 billion in assets and might appear to be a valuable source of capital. However, the law limits the potential uses of these funds and restricts the mayor’s ability to control their use. This brief outlines the tradeoffs of using city pension funds as a potential source of capital to fund affordable housing efforts, as well as the severe limits on their use and the mayor's control of that money.