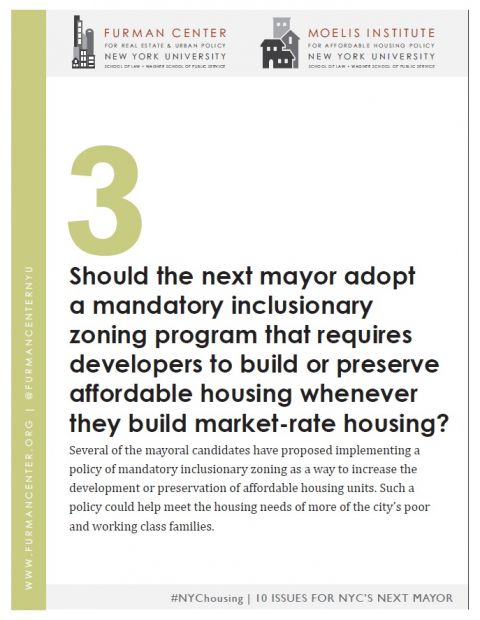 In the 2013 NYC mayoral election, several candidates proposed implementing mandatory inclusionary zoning policy to increase the development or preservation of more affordable housing units. Such a policy may have significant impacts on the production of affordable housing as well as the residential housing market across New York City. This brief outlines the tradeoffs of a mandatory inclusionary zoning policy in New York City.