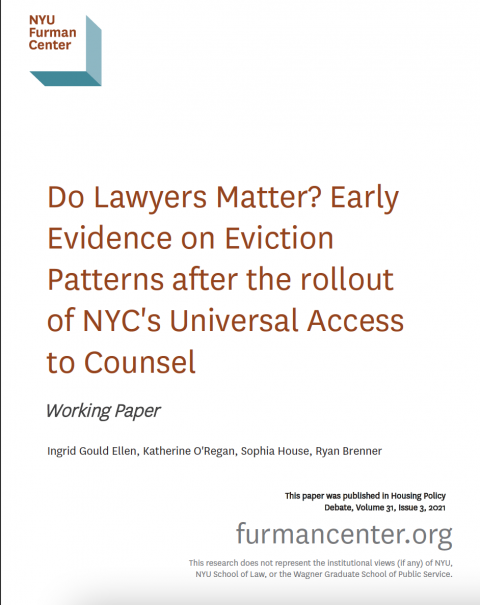 Advocates have argued that representation is necessary both to provide due process to tenants facing eviction and to enforce tenants’ statutory and common-law rights, such as the right to a habitable dwelling, which find redress primarily through the court system. Proponents have also suggested that access to counsel will reduce the incidence of evictions and decrease levels of homelessness. Jurisdictions have thus begun to channel significant resources into programs designed to increase representation in eviction proceedings. Research, however, has yet to evaluate these claims rigorously. This paper aims to address this gap by examining the effectiveness of legal representation in preventing evictions in the private rental market.