Mariana C. Arcaya and Alina Schnake-Mahl emphasize the importance of racial segregation as a driver of poor health outcomes. Racial disparities in health in the US are large, pervasive, and persistent. Residential segregation—especially if driven by current or past policy or by the prejudices of advantaged groups—is clearly terrible for the well-being of disadvantaged groups. It reduces income, education, and access to jobs. It is associated with higher levels of environmental pollution and worse access to healthy foods and exercise facilities. Each of these correlates of segregation has have well-understood effects on health, and so segregation should likewise influence health. Surprisingly, however, the evidence of a robust association between racial disparities in health outcomes and residential segregation is, as Arcaya and Schnake-Mahl note, methodologically limited and somewhat mixed.

The various mechanisms for a robust link between residential segregation and health outcomes are well established, as the authors point out. Health outcomes at the population level are strongly affected by underlying population characteristics, particularly education and income. They are also closely linked to the local environment, particularly levels of air pollution and other toxins. Finally, both hospitals and physicians who serve predominantly minority populations score worse on measures of provider quality than do those serving primarily white populations.

Paradoxically, however, although some studies find a relationship between segregation and measures of health (Ellen 2000), analyses of data on health outcomes do not consistently find correspondingly strong links between residential segregation and outcomes. Chetty et al. (2016) examine the link between local area residential segregation (by income) and income disparities in life expectancy (Chetty et al. 2016).  They conclude “In areas where rich and poor individuals are more residentially segregated, differences in life expectancy between individuals in the top and bottom income quartile were smaller” (emphasis added). Chetty et al. focus on income disparities and segregation; no comparable analysis has been conducted focusing on racial segregation. To get a crude sense of how big these relationships might be, in Figure 1, I map black/white infant mortality disparities at the state level (Mathews, MacDorman, and Thoma 2015) against a measure of state-level black residential segregation (Lichter, Parisi, and De Valk 2016). Consistent with the Chetty et al. work, there is no evident association.

Perhaps a better question, then, is why residential segregation doesn’t have much larger overall effects on health outcomes. I can think of a few possible reasons. One is that, as Chetty et al. conjecture, many of the policies and programs that affect health outcomes, such as tobacco taxation, air and water quality, and health insurance laws, operate at larger levels of geographic aggregation than the neighborhood. Even extremely segregated neighborhoods may have good public health infrastructure if they are located in well-functioning, prosperous cities (Chetty et al. 2016). A second possibility is that social supports and community cohesion operate differently with respect to health in more homogenous neighborhoods (Browning and Cagney 2002). This is particularly plausible in cases where people have the resources and opportunity to move to more diverse neighborhoods but choose not to do so. Third, while measures of technical performance are lower among health care providers in segregated neighborhoods, there may be offsetting benefits with respect to cultural competence. For example, hospitals serving large Hispanic patient populations will be more likely to have adequate translation services and bilingual providers than will hospitals with few such patients (White, Haas, and Williams 2012). The long and cruel history of discriminatory and unethical treatment of minority patients by White health care providers has contributed to a strong level of medical mistrust among Black patients, contributing to lower use of preventive and early-stage treatment.  Several studies suggest that the availability of minority providers in more segregated areas offsets this mistrust (White, Haas, and Williams 2012).  In sum, the mechanisms Arcaya and Schnake-Mahl highlight are on point, but the connection between the effects of these particular segregation-associated factors and the overall impact of segregation on health requires further study. 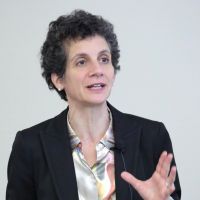