What Do We See When We Look In The Mirror?

Professor Kang tells us that when it comes to housing segregation, we all are the enemy. He argues that this is the case because we have implicit biases that operate without our conscious awareness to negatively impact people of color in all sorts of housing decisions. Awareness of these biases, he argues, would serve as an important step in addressing housing inequities.What if every American understood the role that implicit bias plays in shaping our housing decisions? Would it bolster a moral urgency to eradicate residential segregation? Professor Kang seems to think so. I wish I shared his optimism.

Kang is hands-down the most successful translator of implicit social cognition research into the legal literature. So, it comes as no surprise that I agree with much of what he writes: Civil rights fatigue is real and widespread; therefore, arguments about historic injustice tend not to resonate as well as arguments about discrimination in the here and now. Likewise, while old-fashioned blatant racism still exists, discrimination today tends to come from a more nuanced and less explicit place. I also agree that implicit bias provides a partial explanation for the continued existence of residential segregation. It is an effective narrative because it explains discrimination in a world where most of us cannot imagine our families or friends using skin color to make a decision about whether to rent a condo or move into a new neighborhood. The problem, though, is that the causes and harms of housing segregation are simultaneously too complicated and too amorphous to spark a groundswell of moral urgency.

Let’s start with the causes of residential segregation. Implicit bias probably influences housing outcomes ranging from individual rental or loan applications to local zoning decisions. But how much responsibility can we assign to it for continued segregation relative to our long and sordid history first of formal discrimination and then of widespread informal, though explicit, racism? Probably not very much. The choice of where to live is a sticky one in two senses that are important here. First, where we live has a strong relationship to our access to basic services like education, transportation and medical care. It shapes our job options and dictates how frequently and in what capacity we come into contact with law enforcement. Our legacy of overt discrimination dictated where black Americans could live (and do continue to live) and we cannot pretend that the dissolution of formal inequality or the decades-long decreases in explicit racism will translate into rapid residential mobility.

Yet, even if we assumed that every American family had an equal ability to move to a less segregated neighborhood, the decision of where to reside is still sticky in the sense that our friends, families and most cherished memories often are strongly tied to the place where we live. These tend to be positive considerations; but in the context of residential mobility, they nonetheless act as constraining forces. We might choose to stay in a racially homogenous neighborhood even though we might not have chosen to live there in the first place had another option been open to us. In sum, then, the legacy of formal discrimination and the stickiness of residential decisions are likely much bigger drivers of modern segregation than is implicit racial bias. Professor Kang acknowledges that implicit racial bias is only part of the segregation puzzle, but my point is a slightly different one: implicit bias is a small enough factor in residential segregation that if people acknowledged the full force of its impact—and then responded in proportion to its harm—we still would have unacceptable levels of residential segregation.

Even the narrow slice of residential segregation that can be attributed to contemporary bias in housing choices probably is not significantly attributable to implicit bias in the strictest sense. Much of the persuasive force of implicit bias research is drawn from that fact that most people would not embrace the negative associations that are sparked automatically if we were consciously aware of them and could explicitly weigh their value.  In the context of housing choices, do we have reason to believe that Americans would reject the negative mental associations that help to drive the kind of bias that contributes to housing segregation? I doubt it. Indeed, it would not shock me if many white Americans continue to believe, for example, that when a black family (or families) moves into their neighborhood that the price of their own house could fall. I’m not saying that most Americans embrace that the price should drop as a neighborhood becomes more integrated. Nor am I arguing that this perceived “fact” of a future price drop is justifiable. The point is that even if our implicit associations were made explicit, many Americans would not look in the mirror, denounce themselves for making such an association, and act in a consciously race-neutral manner. Thus, while increasing the salience of the implicit bias narrative could help Americans to understand that automatic associations influence our thoughts and actions without our conscious awareness, it would not do much to reduce residential segregation if the same people would act similarly on the basis of the same associations if they were made explicit.

This discussion of causation and responsibility misses a larger problem with the idea that increased salience of the implicit bias narrative would heighten our collective moral urgency. Specifically, I doubt that most Americans fully understand the harm of de facto racial segregation. We have a lot of problems that should spark a sense of moral urgency: teenagers are dying violent deaths in horrifying numbers in the streets of our major cities; veterans are receiving horrendous care from some of our nation’s veterans hospitals; marriage inequality persists in a number of states. And those are just the ripped from the headlines stories this week. Why should housing segregation deserve a chunk of our finite capacity for moral urgency?

The more serious harm, though, is connected with, but not wholly subsumed by racial considerations. It goes back to the reality that different neighborhoods receive sharply different public services; enjoy more or less access to jobs and entertainment; and suffer more or less crime and other forms of victimization. It is this broader issue of unequal access to opportunity and security that deserves our sense of moral urgency. While implicit racial bias is a helpful tool for understanding some part of why some families are plugged into the opportunity grid and others are not; unfortunately, the value of an implicit racial bias lens diminishes significantly when it comes to evaluating mechanisms for meaningful reform. Implicit bias is a helpful tool in explaining some portion of contemporary discrimination and awareness of its operation will have some positive effect—if awareness of implicit bias helped change the outcome in 0.5% of locational decisions nationally that otherwise would have furthered segregation, that would have a significant impact.  Nevertheless, focusing on implicit bias almost certainly is not the shortest path to increasing our collective sense of moral urgency; or, more importantly, to eradicating the harms that are closely connected with residential segregation.

This last point is an important one both for discussions about remedying segregation specifically, and about unequal access to opportunity more broadly. Implicit racial bias is compelling and sexy as an academic idea, and its operation has pernicious real-world consequences. There is no doubt that widespread awareness of implicit racial bias would further the goal of equality across a broad range of social contexts, including and perhaps especially in the context of residential segregation. Nonetheless, we need to be very careful that its shimmer does not distract us from harm-specific substantive reforms that ultimately are more likely to bear fruit in terms of alleviating the worst of the ills associated with residential segregation. 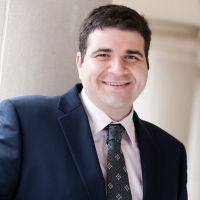 Robert Smith is an Assistant Professor of Law at the University of North Carolina at Chapel Hill and previously served as the legal and policy advisor to Harvard Law School's Charles Hamilton Houston Institute for Race and Justice (CHHIRJ).