There are Worse Things in Housing Policy than Poor Doors

Poor doors, which ensure that wealthy residents of buildings don’t have to mix with the less prosperous inhabitants of on-site affordable housing, are inherently jarring.  Their very existence reminds us of the stark inequality of New York and the world. But poor doors did not create that inequality, and they may even be a reasonable middle ground between complete integration of rich and poor and the economists’ standard wish: cash transfers plus free choice.

We can’t properly evaluate poor doors because we don’t really understand the benefits of integrating at the building—or door—level. Sadly, New York and other cities are making their affordable housing policy without the knowledge needed to make tradeoffs between freedom and desegregation. Even more sadly, this is proceeding without even a firm commitment towards obtaining that knowledge.

To understand the economics of poor doors, it helps to start with Milton Friedman’s logic about cash versus in-kind transfers. The Friedman view is that policies aimed at aiding the poor should give them more choices, not less, given a fixed amount of public spending. Economics has, after all, had a bias towards liberty since the 18th century.

Allowing welfare recipients to be “free to choose” pushes against housing vouchers, food stamps, and Medicaid, and replaces them all with some sort of cash program, like a negative income tax. In the New York context, Friedman’s reasoning suggests that the current requirements of providing on-site affordable housing units should be replaced with a tax on development that should be used to provide cash transfers to the poor. Naturally, Friedman might also wonder (as I do) whether taxing development is sensible in a city where housing supply seems so limited relative to demand.

Paternalistic logic is usually given as the reason for in-kind transfers, but I think that’s the worst possible argument for in-kind transfers. Paternalism suggests that the state should correct the bad choices of the poor, but I don’t always make such great choices myself and I’m not at all eager to surrender my liberty.  After all, whatever behavioral ticks trouble private decision-making will also trouble public decision-making. Voters are not known for their hyper rationality. Moreover, as there is no obvious definition of the “right choice,” other than the choice that individuals make, paternalism occupies an empirics-free zone, where values rather than data determines the path of policy.

The better argument for in-kind transfers is that they generate spillovers for people other than the aid recipients.  Taxpayers seem to prefer it when welfare recipients consume nice healthy stuff, like food and healthcare, instead of free cash that can be used on all sorts of seedier pleasures. There was outrage when the $2000 FEMA debit cards provided to the victims of Hurricane Katrina were spent at strip clubs.  Housing-linked assistance is one way of ensuring that money gets spent on things that taxpayers value.

If welfare recipients drink their payments, this may lead to more emergency room visits which generates costs that others bear.  If they spend more on housing, this may mean that they brighten their children’s economic prospects. Raj Chetty’s recent Ely lecture documents that the children of the Moving to Opportunity housing voucher recipients have better adult outcomes, at least if they were sufficiently young when their parents moved to a better neighborhood.  These externality effects can be measured, and that measurement can then help us weigh the spillover benefits from nudging towards housing against the losses that come from restricting parents’ choice sets by not giving them cash.

Yet even if we bought this argument for housing assistance, that doesn’t imply that the public sector should try to control where people use that housing assistance.  Accepting the value of in-kind housing aid does not mean that aid recipients need to live in shiny new luxury apartment buildings.   The fifty year old idea behind vouchers is that housing works best if people can choose their own units.

The market value of the unit being provided through the affordable housing program is likely to be far higher than the cost of providing decent housing somewhere else in the city.  Again, the economists’ argument is that the aid recipient would surely be better off receiving the cash difference between the rent of the affordable unit in the fancy unit and the market rent that could be charged on that same unit.  Yet on-site affordable housing requirements pushes for affordable units to be placed in expensive new structures, even if the structure’s owners are allowed (sometimes) to create poor doors.

There is one plausible economic argument for on-site affordable housing requirements, and one more political argument. The economic argument is based on the value of integration. According to this argument, affordable housing recipients benefit by being close to all that prosperity.  Moreover, the prosperous may become better people if they live near a more diverse set of neighbors.

The more political argument is that it is hard to make a case for new housing projects based either on their tax revenues or using the equilibrium argument that more units promote market-wide affordability. Pointing to the affordable units provided in the program provides a more tangible example of how the project is helping at least some poorer people.

I buy the political argument, but since I dislike supporting bad policies because they are good politics, I hope that there is a better case for on-site affordable housing.

The argument for integrating at the building level is harder because of an absence of evidence. Certainly, there is abundant evidence on the downsides of city-wide segregation, but it less clear that we need poorer people living in every fancy building in the city.  Before expanding a program of on-site affordability, it would make more sense to do a serious evaluation of its benefits.  Indeed, the fact that affordable units are so desirable means that they could be provided by lottery, which would be an ideal opportunity for serious analysis. Lotteries would have the added benefit of making the process fairer and less nepotistic.

The economic case for cash transfers is straightforward, but the more restrictive the form of aid, the higher the hurdle should be for providing evidence showing that the benefits exceed the costs.  We are coming to a point where we can properly evaluate the spillovers from housing-related aid, especially on children.

Yet affordable housing in high end buildings may be the ultimate in-kind transfer. I can’t think of any other government program that provides as much of a bonus as a cheap apartment at the Mandarin Oriental. Before embracing these programs with even more enthusiasm, we need to be sure that integration at the building level really brings any benefits. Maybe New York would be much better off if developers just pay taxes which are used to fund city-wide housing vouchers. 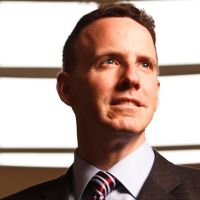 Edward Glaeser is the Fred and Eleanor Glimp Professor of Economics at Harvard University, and Director of the Rappaport Institute for Greater Boston.