The Problem of Integration

Between me and the other world there is ever an unasked question... They approach me in a half-hesitant sort of way, eye me curiously or compassionately, and then, instead of saying directly, How does it feel to be a problem? they say, I know an excellent colored man in my town; or, I fought at Mechanicsville; or, Do not these Southern outrages make your blood boil? At these I smile, or am interested, or reduce the boiling to a simmer, as the occasion may require. To the real question, How does it feel to be a problem? I answer seldom a word. --W.E.B. DuBois, The Souls of Black Folks

Nothing can match the poetry and potency of these words by scholar/activist W.E.B. DuBois. I invoke them in this debate about integration in the 21st Century because they demand that we interrogate the ideological and normative assumptions that motivate integration rhetoric and politics. In this post, I use personal reflections to argue that calls for integration rest on the unstated “problem” of Blackness, making it a problematic principle upon which to build equality.

I must begin by stating that I am by no means against integration. I am Black and work in a diverse and integrated university where Whites are the majority. I love my job. My comments are not to promote racial separatism, nor to argue that people of the same “race”–-and we must always signal just how time- and place-specific “race” is--“naturally” want to be around each other. Moreover, I surely do not mean to denigrate the courage and martyrdom of generations of activists who made and make my integrated life possible.

Instead, my point is simply to identify the following conundrum of integration politics: Promoting integration as the means to improve the lives of Blacks stigmatizes Black people and Black spaces and valorizes Whiteness as both the symbol of opportunity and the measuring stick for equality.  In turn, such stigmatization of Blacks and Black spaces is precisely what foils efforts toward integration. After all, why would anyone else want to live around or interact with a group that is discouraged from being around itself?

This argument can be extended to include other non-Whites in the U.S. context (recognizing all of the relevant historical, geopolitical, and economic contingencies) as well as to include the issue of economic integration. Poverty is a highly stigmatized condition. Working to get poor people away from other poor people, and around nonpoor people, reaffirms the stigma of poverty, and affirms the decisions of nonpoor people to move “up and out.” (The comparison is not perfect for a number of reasons, including the fact that poverty is less fixed than racial identity, although the latter is less fixed than we often assume (Saperstein and Penner 2012)).

My perspective on this topic was likely shaped by a less-than-perfect experiment in integration. I was part of Milwaukee’s desegregation busing program (for information on this program, see Bonds et al. 2013; Van Dunk and Dickman 2003; Witte and Thorn 1996). I lived in Milwaukee but attended high school in the adjacent suburb of Whitefish Bay. In 1980, around the time I started high school, Whitefish Bay was .003% Black; today it is 1.9% Black. The high school had no Black students who were not a part of the busing program. All of us Black students arrived at school together in the mornings and went home together in the afternoons. It was not conducive to joining activities or sports, although some of us made it work. We hung around together in the hallways and at the snack bar for lunch while our White classmates went home or drove to area fast food joints. It was desegregation without integration.

What did I learn from this experience?  The research of economist Rucker Johnson suggests that my fellow Black “Blue Dukes” (Whitefish Bay’s mascot) and I probably learned a whole lot more than our peers who attended Milwaukee’s predominately Black public schools, and the extra learning likely boosted our success in life.  But what else did I learn?  I learned that Black schools were bad schools. I learned that Whites in Whitefish Bay only begrudgingly allowed us into their school. I learned that White students enjoyed a massive new field house and a swimming pool and a student theater.  And, as an illustration of just how disconnected I was from high school, what I did not learn (or remember) was the high school mascot, which I had to Google for this post!

It is from this experience that I approach the question of integration as a strategy to promote opportunity and equality. Instead of providing hard and concrete opportunities or equality that would make Black (or poor) people’s lives better, integration dwells on and is motivated by the relatively problematic nature of Black people and Black spaces, and posits proximity to Whiteness as the solution, or the most likely way to get to a solution. But, is there no such thing as happiness or material well-being or good health without White people? (See Pattillo 2009, for more discussion on this point).

I don’t want to go too far down that road because I am not a racial separatist.  Moreover, I do not deny or devalue the wonderful human fulfillment that can come from interacting across differences. My point is only that integration is a strategy to achieve equality, not the substance of equality itself. As a strategy, it is flawed by assumptions that have the inherent potential to backfire and undermine the effort.

Of course, I am not the first person to highlight the stigma of Blackness (or of non-Whiteness or of poverty) and the celebration of Whiteness as central to integration logics. My use of the term stigma comes in part from economist Glenn Loury (who builds on sociologist Erving Goffman). In his book, The Anatomy of Racial Inequality (2002), Loury argues that “‘Race’ is all about embodied social signification,” (58) and chattel slavery and other practices create and maintain a range of “negative social meanings associated with blackness” (74).  Legal scholar Derrick Bell (2001) similarly argues that “American racism…is the dominant interpretive framework for rendering bodies intelligible” (190). On the valorization of Whiteness, and specifically on integration, Bell continues, “the integration ethic centralizes Whiteness. White bodies are represented as somehow exuding an intrinsic value that percolates into the ‘hearts and minds’ of black children” (192). There are several other sources I could cite, but instead let me conclude with the following, and see what comes.

“I answer seldom a word,” DuBois commented about the always lurking question “How does it feel to be a problem?”  He would not dignify the question with a response. The problem--of the lack of fairness, opportunity, justice, equality, and recognition of shared humanity--did not and does not reside within the bodies (or souls) of Black people, but rather within the fabric--the political, economic, and social institutions--of American society (which is itself constituted under the logics of imperialism, colonialism, and capitalism, but that’s for another day). Therefore, the material and spiritual solutions cannot be realized through the co-location of Black and White bodies alone, but must include the real stuff of equality--wages that support a family, income maintenance in the absence of work, schools that compensate for inequalities in family resources, policing that does not always have its finger on the trigger, and parks and music and health care centers and clean air and good food whose distribution is not driven by the stigma of Blackness, of non-Whiteness or of poverty… until and in pursuit of the day that such stigma is no longer.

Witte, John F. and Christopher A. Thorn. 1996. “Who Chooses? Voucher and Interdistrict Choice Programs in Milwaukee.” American Journal of Education 104: 186-217. 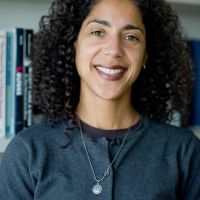 Mary Pattillo is the Harold Washington Professor of Sociology and African American Studies at Northwestern University. Her areas of interest include race and ethnicity (with an emphasis on class stratification), urban sociology, and qualitative methods.